Having dropped some teaser images, SNUPER has revealed the comeback schedule for their upcoming fourth mini album, ‘I Wanna?‘. Check below to see what the boys have planned! 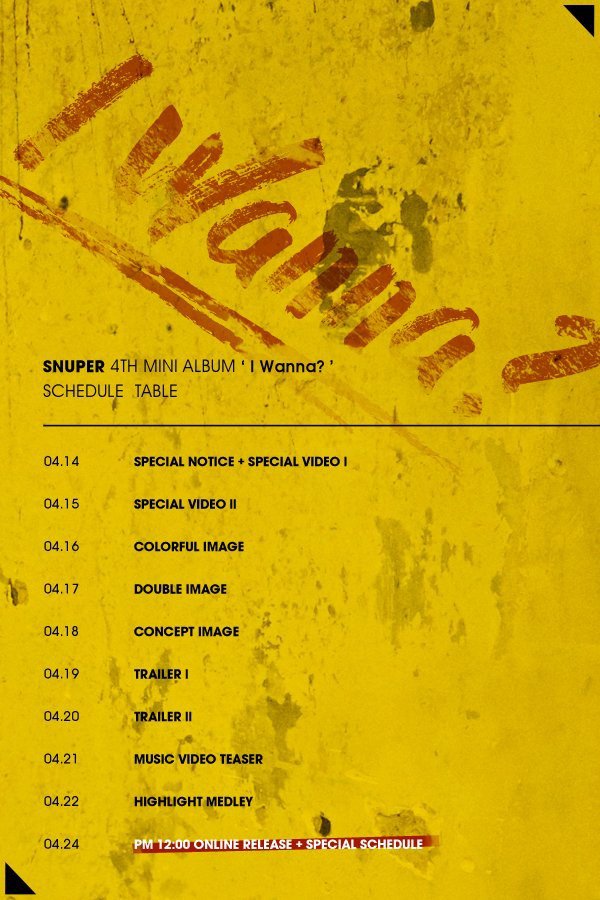 The boys have many things planned leading up to the release of ‘I Wanna?’. This includes a special notice and video on April 14th, a second special video on April 15th and a few image teasers from April 16th to April 17th. There will be two trailers on April 19th and 20th which will lead up to the music video teaser release on April 21st. Then, they will reveal a highlight medley on April 22nd to allow fans an insight into their album!

Finally, the boys will drop the album and music video on April 24th! The boys have a lot in store so be sure to stay tune for these releases! Are you excited for their comeback? Let us know in the comments below!

Stay tuned to Officially Kmusic as we keep you updated on Korean music!