SNUPER gets fans excited with the comeback schedule!

SNUPER gets fans excited with the comeback schedule!

SNUPER has revealed the comeback schedule with an 80s look to it. So, check it out below! 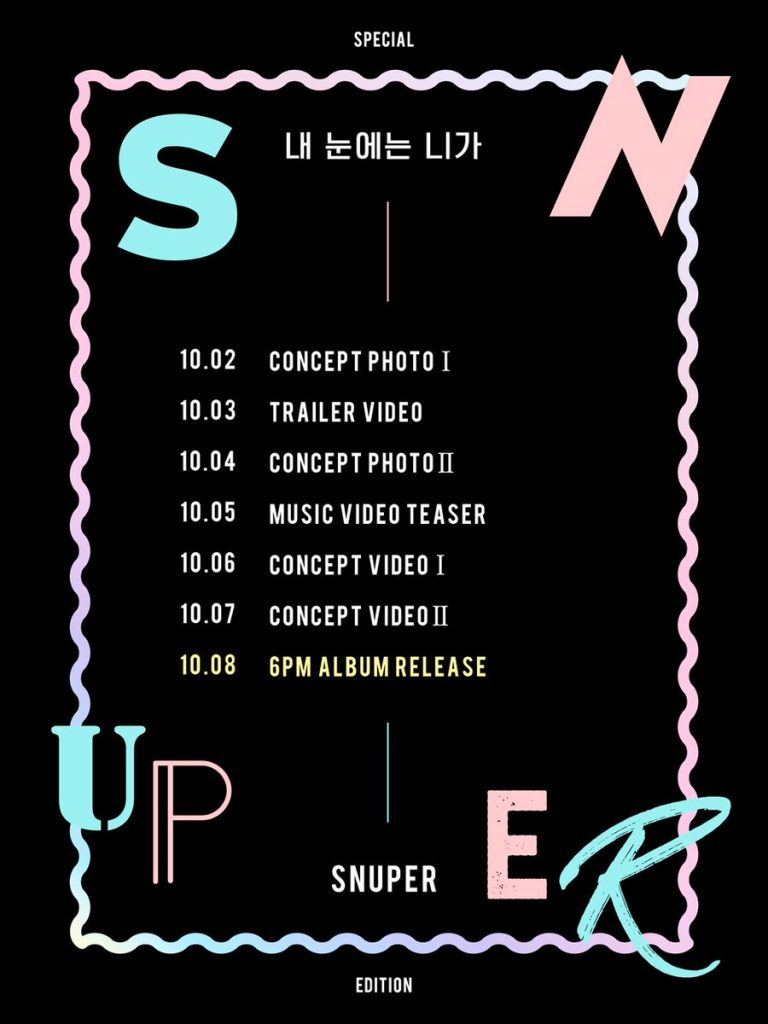 SNUPER will make their hot return with a special edition of ‘You Are In My Eyes‘ on October 8th. ARe you excited? Let us know in the comments below!