To commemorate her 20 years in the acting industry, as well as her 35th birthday, Song Hye Kyo held a fan meet to celebrate. On November 13th, fans and friends of the beloved actress gathered at Coex Auditorium in Seoul to partake in the festivities. Along with Hye Kyo’s good friend Yoo Ah In, fans were treated with a Song-Song couple reunion.

The ‘Descendants of the Sun‘ heartthrob Song Joong-ki surprised fans, for the news of his appearance was not mentioned beforehand. The two were dressed in matching black outfits, and performed a duet of the OST from their show, ‘Always’.  Joong-ki then gave the stage back to Hye Kyo, and she continued her fan meet.

Things became even sweeter when a fan letter addressed to Hye Kyo made her cry, causing Joong-ki to come to her rescue with a tissue. This act moved the audience, showing them that his ‘Descendants of the Sun’ character and his own, are more alike than not. Song Hye Kyo had nearly 1,000 fans at her fan meet. While the couple have never confirmed a romantic relationship, fans are still happy to see that Song-Song couple still interact, giving fans hope that maybe one day love will blossom for the close friends. 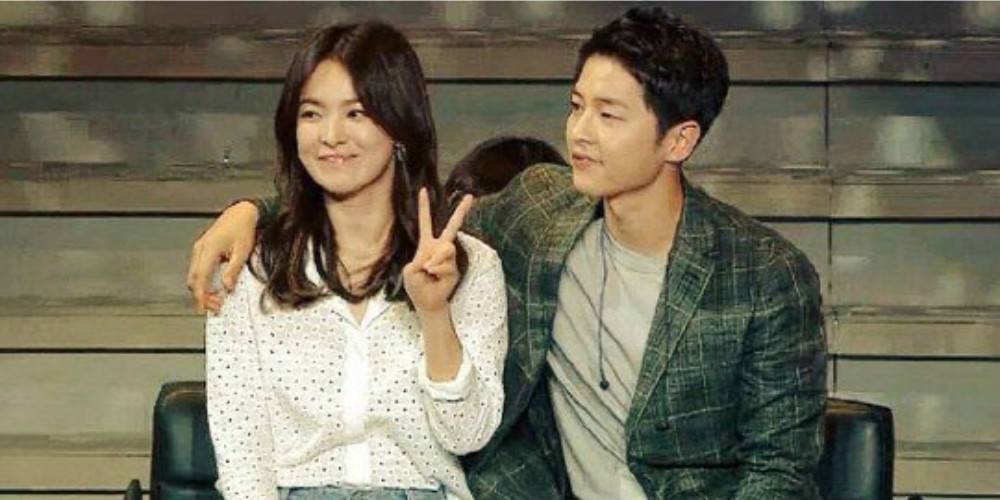 Were you excited to see the beloved Song-Song couple together once again? Let us know in the comments below!