The two former members of SISTAR have decided to remain at Starship Entertainment!

Following the group’s disbandment earlier in June, there has been a great deal of interest surrounding where each of the four members of SISTAR would choose to continue their careers. Starship Entertainment issued a statement on June 13, stating that Soyou and Dasom had re-signed with the company. Exact details of their contracts have not been confirmed as of yet. 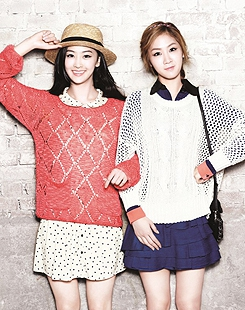 The news broke just days after Yoon Bora, also a former member of the group, announced that she would be joining acting label Hook Entertainment. Hyorin is now the only member not to have made an announcement on her future with any entertainment company.

SISTAR regularly topped the charts with their summer comebacks, and we hope that each of the members find similar success as they pursue their solo careers! Are you excited to see what’s to come in the future? Let us know in the comments below!

Follow Officially KMusic for all the latest news in K-Pop!