Soyou reveals her comeback schedule for the second part of her solo album!

Soyou reveals her comeback schedule for the second part of her solo album!

Soyou had recently dropped a ‘Coming Soon’ teaser. Now, she has revealed the comeback schedule. So, check what she has in store for you below! 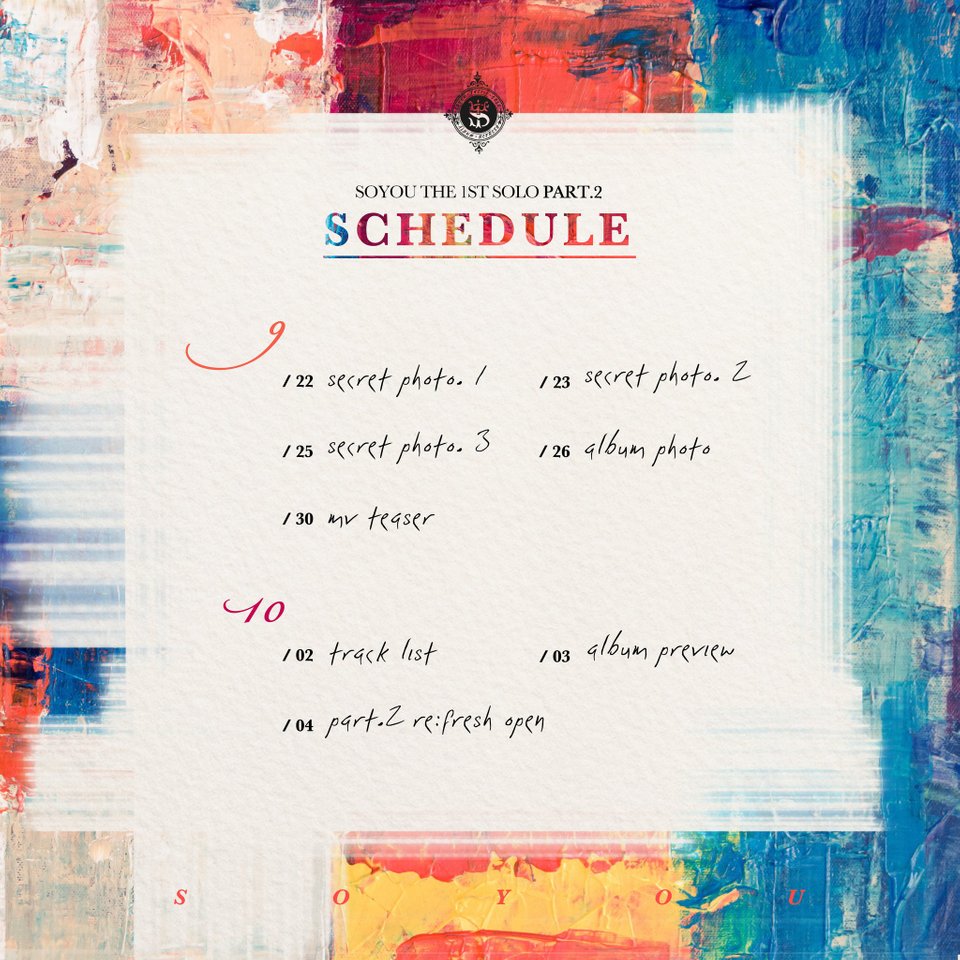 Meanwhile, she is set to make her hot return with ‘Part.2 RE:FRESH‘ on October 4th. Are you ready? Let us know in the comments below!