After 5 years together, girl group, SPICA, has reportedly decided to disband. The female quintet made their debut in 2012 as Lee Hyori’s “little sister” group. The girls then joined CJ E&M in 2015. Their latest comeback single, ‘Secret Time‘ was released in August 2016.

On February 8th, the band’s agency CJ E&M issued a statement on the group’s official Facebook saying, “…After much consideration and discussion with the members, the decision has been made to focus on their individual activities. Moving forward, we hope that everyone will continue to support SPICA (Kim Boa, Park Sihyun, Yang Jiwon, Narae, Kim Bohyung), who will be working hard on their own from now on.”

An agency spokesperson said, “The five members are discussing with stakeholders about whether each of the five will go to different companies, or whether they will move together as five to a new company at the same time.” 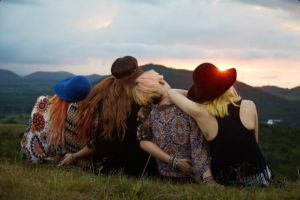 In light of disbandment news, members Kim Bohyung and Park Sihyun uploaded a handwritten letter from the members to all their fans Mercury. The full English translation of the letter can be found below:

“To our dear Mercury

First of all, we’d like to apologize to everyone who were shocked after reading the articles without warning, right before our 5th anniversary.. After much consideration about the direction of our future, we have decided to temporarily focus on individual activities, and end our contract with [CJ E&M].

We feel uneasy when we think about the fans who are worried due to the sudden news. However, in order to resolve the situation and convey the most accurate information, we sorted out everything and delivered the news at last.

Looking at the current situation, although we can’t say for sure how much longer we can stay together as ‘SPICA’.. But we have to say this to everyone! This is definitely not the end. Please support us as individuals who will meet everyone with good images!

SPICA is happy.. Was happy.. To have received memories from Mercury in these 5 years. This is a time of gratefulness that words cannot adequately express. No matter what form SPICA exists in.. We are one, always together with Mercury! Never forget this. We love you, Mercury ♥

Officially KMusic wishes SPICA all the best! Fans will continue to support all the members in their future activities!