Stray Kids has another weekly Program for you to look forward to!

Stray Kids has another weekly Program for you to look forward to!

STAYs are definitely having another lucky week. In particular, Stray Kids have another full week of all kind of videos for their fans. So check out what they have planned for you below! 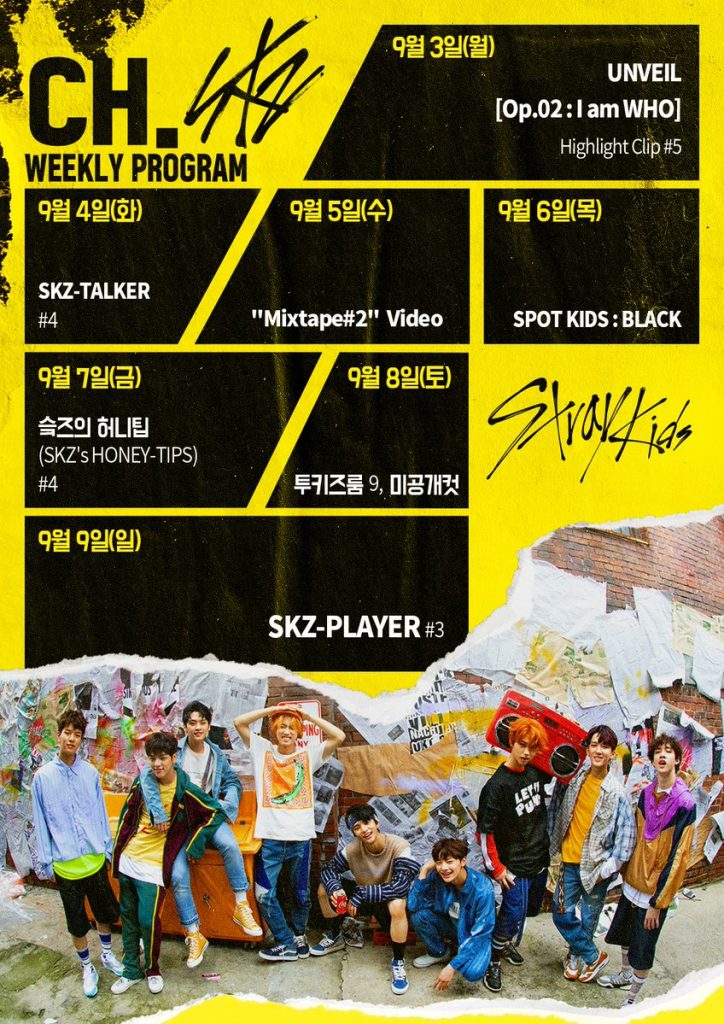 They have already begun the week with their fifth highlight clip. This clip is taken during their latest showcase for this album. So, this would have been their first performance of their tracks from ‘I am WHO‘. On September 4th, they have also released the fourth episode of their SKZ-Talker. Today, they will be releasing the music video for their ‘Mixtape #2‘. Following on is their Stray Kids: Black video and their Two Kids Room episode 9 where we see two members talking!

Meanwhile, the week will end with their third SKZ Player. This player appears to be showing the different units in the group. So, it is expected that the rap line will be next up for this player. It is unclear whether or not they will perform their own written song or whether they will be doing a cover of another track.

Are you looking forward to another week filled of content? Let us know in the comments below!

Scroll for more
Tap
GOT7 are too dreamy in latest ‘Present: You’ individual teasers
SG WANNABE has revealed the second MV teaser for ‘Let’s Meet Up Now’
Scroll
Loading Comments...