Stray Kids are coming to Melbourne and Sydney for ‘Unveil Tour: I am…’! Stray Kids are coming to Melbourne and Sydney for ‘Unveil Tour: I am…’!

STAYs, get ready! Stray Kids are coming to Melbourne and Sydney for their ‘Unveil Tour: I am…‘. They will perform first in Melbourne on February 21st at Festival Ha. Then, they will head to Sydney to perform on February 24th at the Big Top. 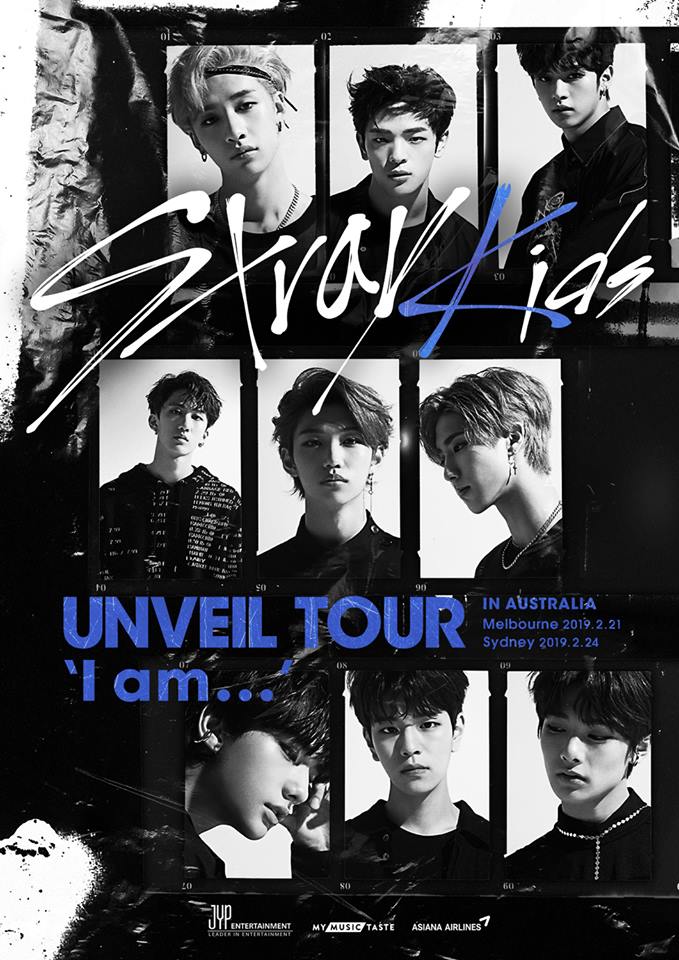 Tastemakers who “made” their campaign on My Music Taste will receive a promo code in their email, enabling them to receive 10% off of the purchase of two tickets. Only two tickets will be allowed during the pre-sale transactions. For both cities, pre-sales start at 11am AEST on January 23rd. VIP ticket holders are also eligible for a hi-touch session with the group after the show.

General ticket sales will go on sale on January 25th at 11am AEST. Four tickets can be purchased per transaction.

You can purchase tickets on Ticketmaster.

Going to Australia to perform is extra special for the group since both the leader Bang Chan and Felix hail from Sydney. It will be really heart-warming to see them perform at home.

Don’t miss out this opportunity to see Stray Kids performing for the first time in Australia!

Are you excited to see Stray Kids in Australia? Let us know in the comments below.