Stray Kids continue to spoil fans with another Weekly program!

Stray Kids continue to spoil fans with another Weekly program!

Having finished their first weekly program, it looks like Stray Kids aren’t stopping there. They have revealed another jam-packed weekly program to look forward to this week. So, check it out below! 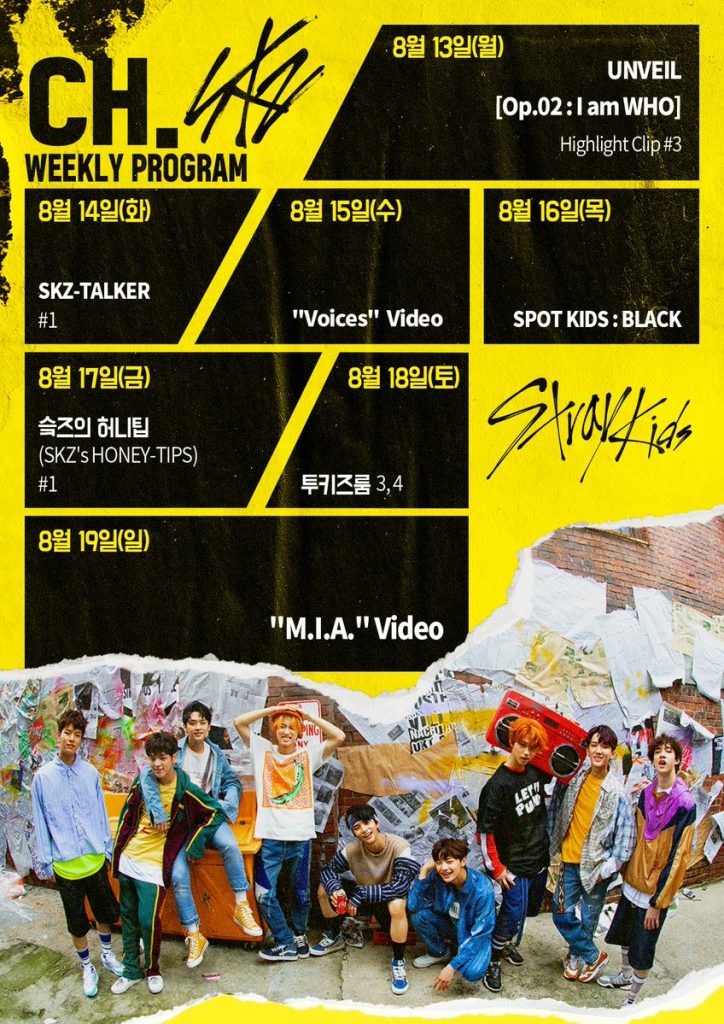 So,  Stray Kids will be revealing the third highlight clip of their showcase, ‘UNVEIL[OP. 02: I Am WHO]‘ on August 13th. Following on is their SKZ Talker video which is released on August 14th. They will continue their ‘SPOT KIDS: Black‘ on August 16th. They will also be revealing the music videos for their side tracks, ‘Voices‘ and ‘M.I.A‘ on August 15th and 19th respectively. Finally, they will also reveal the first episode of ‘SKZ’s Honey Tips‘ which they teased for last week. Then, they will reveal ‘Two Kids Room‘ episode 1 and 2 on August 18th.

They have now dropped the highlight clip which gives fans a live version of their ‘Insomnia‘ performance. This performance was the first time they have performed the track. They sound just as great as ever and it is nice to see their street version of ‘Insomnia’ released last week.

Are you excited for what’s to come? Let us know in the comments below!