JYP will be launching a new survival show sometime this month. The trainees have gathered together to form a group called Stray Kids. So far, the boys have shown off their potential to debut with their recent ‘Hellevator‘ MV. Now, they have revealed their members through the first set of individual profile images. So, check that out below! 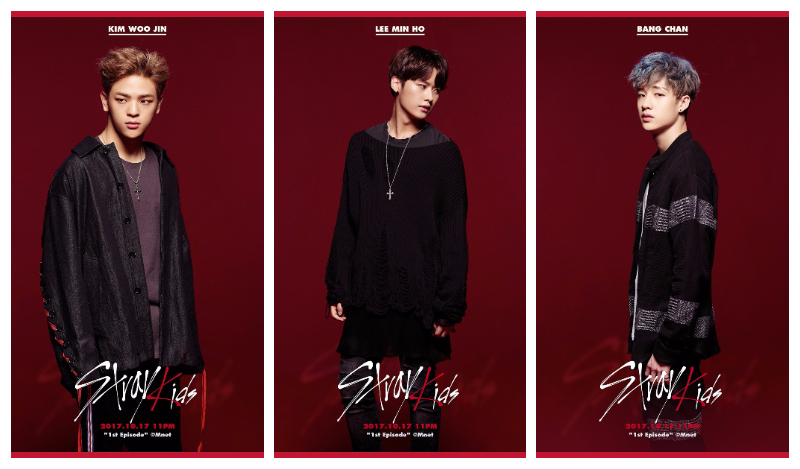 So, Stray Kids is a boy group that consists of nine members. In their survival show, they will show their capability to debut. This includes their individual talents, as well as their teamwork management. The boys will be striving to debut as JYP makes his final decision through this show. So, so far they have revealed three members which are Bang Chan, Kim Woo Jin and Lee Min Ho.

Each member is sporting a dark outfit that contrasts nicely with the red backdrop. It allows them to shine and look incredibly cool and awesome. However, at this stage, no other information has been revealed about the boys. That does mean that if you want to know more about these boys, be sure to tune into their first episode at MNET on October 17th!

So, stay tuned to Officially Kmusic for more updates on Stray Kids.