Stray Kids gear up for the release of ‘Astronaut’! 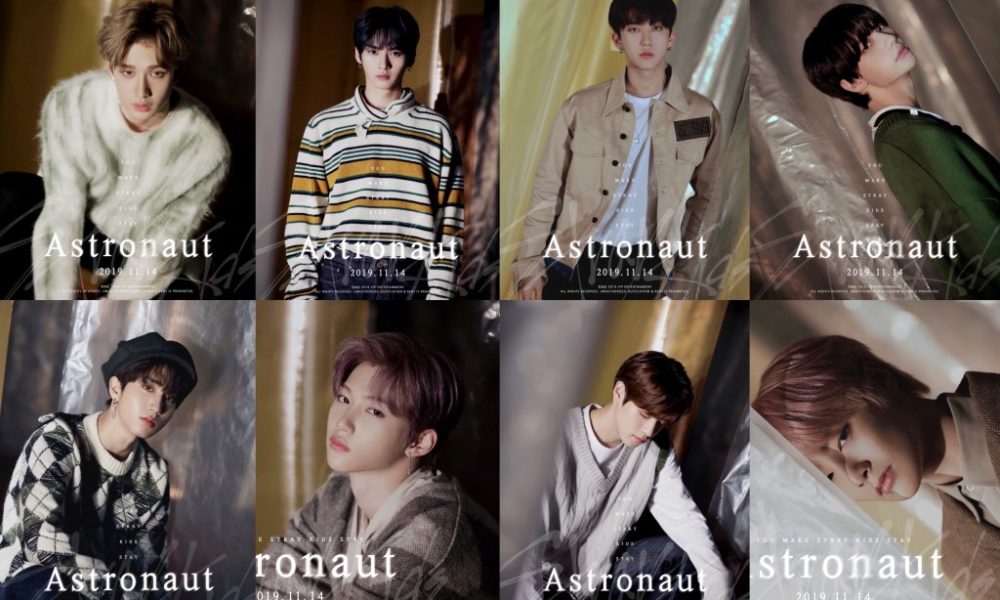 Stray Kids gear up for the release of ‘Astronaut’!

Are you ready for Stray Kids’ next track and MV release?

Stray Kids will be releasing their next track and MV ‘Astronaut‘ on November 14th! This is their first release since Woojin left the group. This track will appear on their next album ‘Clé: Levanter‘, which will be released on December 9th.

Last month, they released a schedule that said that something would be dropping on November 9th. Indeed, the prologue video for ‘Astronaut‘ was released on this day. Check it out below!

The prologue video is a continuation of the ‘Side Effects’ MV. The members are all having a good time together. Meanwhile, Hyunjin seems like he is searching for something by himself. In contrast to ‘Double Knot’, this song is more upbeat and happier.

The track list follows a galaxy and space theme.

The boys look mature against a brown setting in these image teasers! It looks like this song will be more mellow.

What do you think about Stray Kids‘ teasers for ‘Astronaut‘? Let us know in the comments below.

Scroll for more
Tap
ASTRO show off their handsome visuals in teaser images for ‘Blue Flame’!
EXO kick off individual teasers for ‘Obsession’ with Kai!
Scroll