Stray Kids have released the fourth teasers for their official goods in time for their upcoming comeback. Fans will be able to get their hands on the group’s official goods on August 5th at 5pm KST at Grand Peace Palace, which is located at Kyung Hee University in Seoul. This is one day before the boys will make their first comeback since their debut earlier this year. They will be releasing a mini album ‘I am WHO‘ on August 6th.

Check out Stray Kids’ teasers for their official goods below! 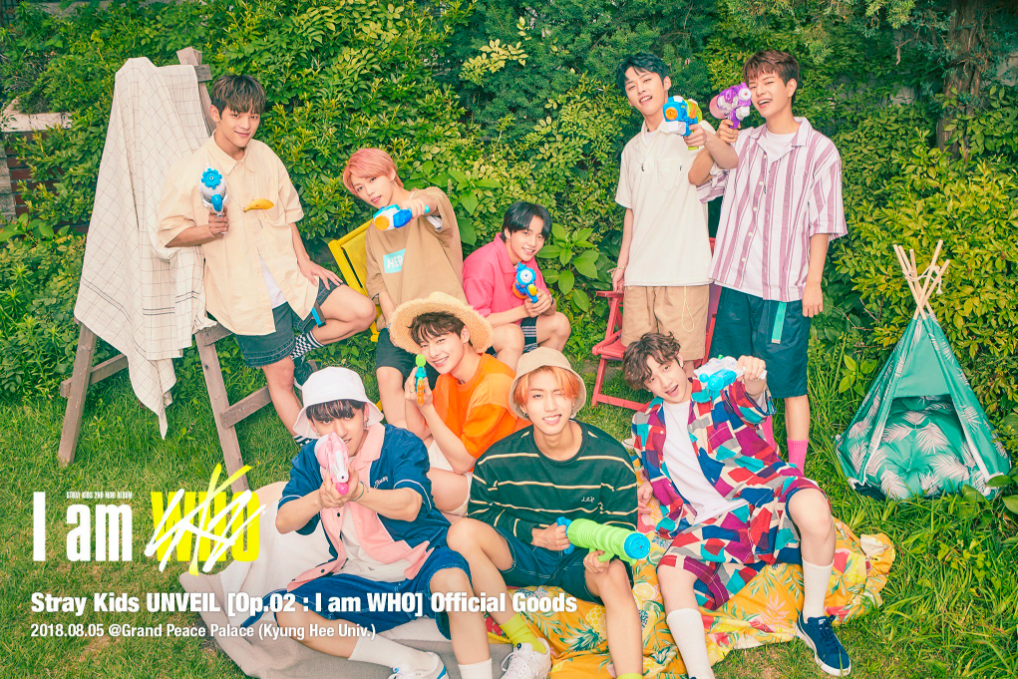 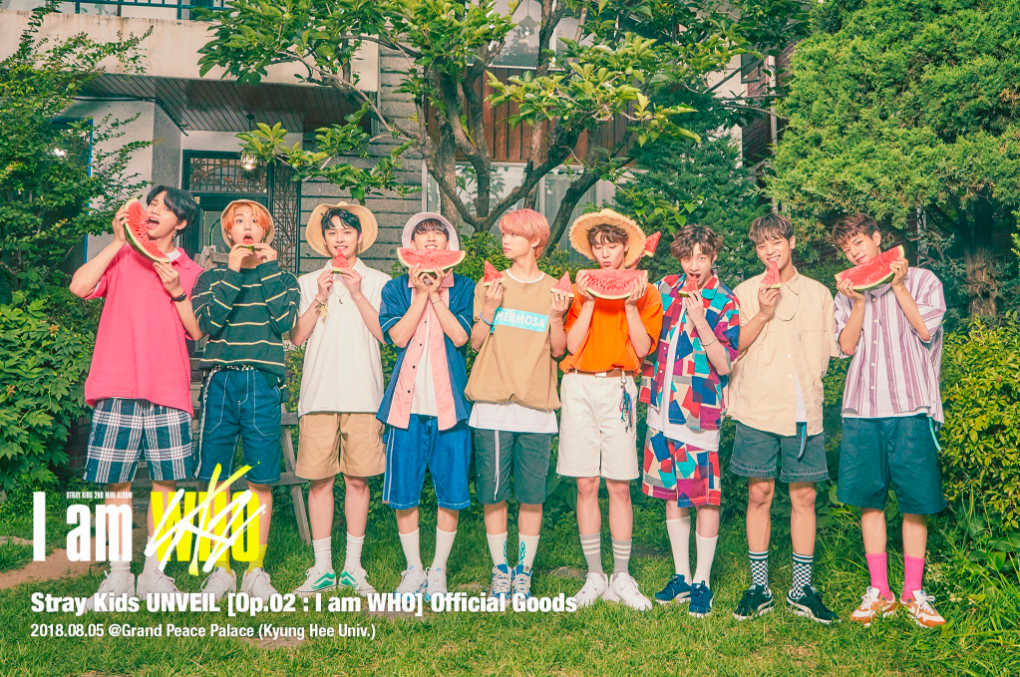 Previously, Stray Kids had already released three image teasers that featured the members divided into groups of three. In this teaser, they uploaded two images that feature the entire group as one. Even though the boys usually look dark and mysterious in their MVs, they seem to be enjoying the summer in these image teasers for their official goods. The nine members play with water guns and eat watermelon while posing cutely to the camera.

Are you anticipating Stray Kids‘ comeback on August 6th? Let us know in the comments below!