This Is How ‘Su Ho’ Changed Minho’s Personality!

This Is How ‘Su Ho’ Changed Minho’s Personality!

Choi Minho, a member of the popular South Korean Boy Group SHINee, shared thoughts regarding the ending of KBS2’s ‘Hwarang.’ ‘Hwarang’ also known as ‘The Poet Warrior Youth’ which contains 20 episodes comes to an end. The idol actor who plays the role of ‘Su Ho’ thanked the director, staff and fellow cast members of the drama for their dedicated work during filming. Minho also did not forget to thank viewers all around the world for the given support. 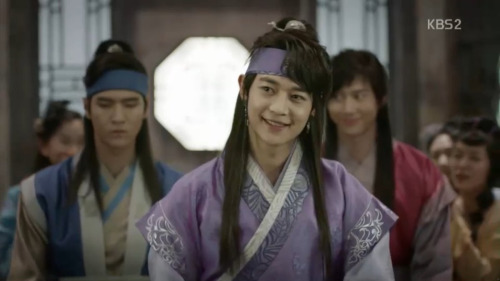 ‘I really liked my character in ‘Hwarang’ because Su Ho was the brightest character I have ever take on and, because of that, I became brighter as a person. I will work hard to come back as a better, more impressive actor’.

Currently Minho is preparing for the upcoming SHINee world tour, ‘SHINee World V’ with fellow members. Are you going to miss Minho as Su Ho and would like to see our flaming charisma in dramas more often? Let us know your thoughts in the comments below! If you haven’t watched ‘Hwarang’ yet, check the teaser below. Sure you are going to love it.