While Suga and Rap Monster are talented artists on their own, fans are naturally curious as to what inspires them to come up with some of BTS’s best tracks. Well, through the two rappers’ playlists, you can take a listen to the fellow artists that they draw motivation from. 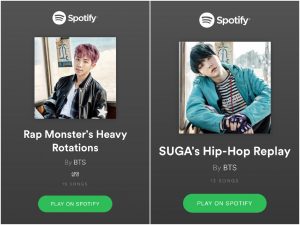 “Rap Monster’s Heavy Rotations” consists of 19 songs are as eclectic as he is. From Frank Ocean, to Eminem and even Radiohead! Some of the artists might be lesser known to fans, but this is just another way for Rap Monster to get some good music out to Armys!

Check out his playlist below! 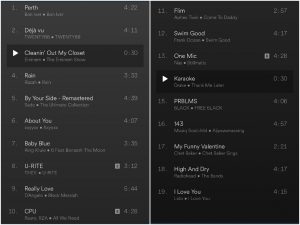 “Suga’s Hip-Hop Replay” isn’t an unexpected playlist. After all, Suga’s surefire lyrics have to be inspired by rappers just as passionate as he is. From Drake and Lil’ Wayne, to Rick Ross and Kanye West, you’re sure to go on a Hop-Hip trip filled with the best lyrics and beats.

Check out his playlist below! 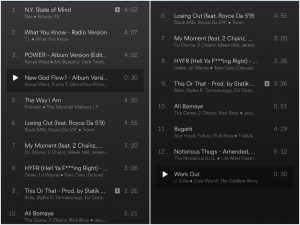 Be sure to check out both playlists, as well as J-Hope’s Jams! Then let us know which track or which playlist is your favorite.