Woollim Entertainment uploaded the photo for the fifth track “Daydream“. 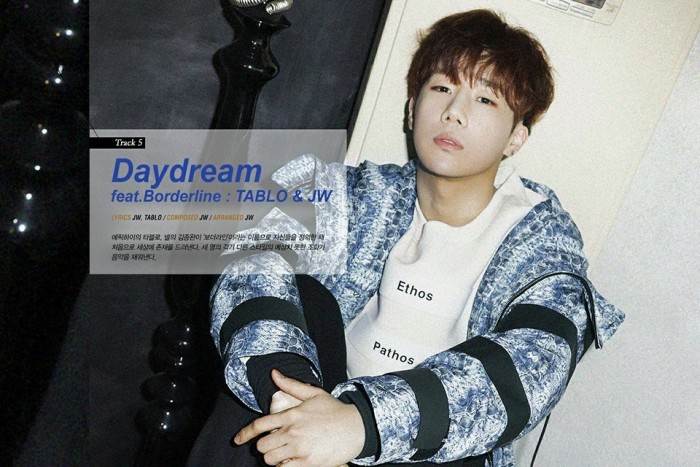 The song will feature a unit called Borderline made up of none other than Epik High‘s Tablo, who also helped write the lyrics, and Nell‘s Kim Jongwan!

Then on the 7th, Woollim uploaded the last track on this album “Reply” featuring K-Pop Star‘s Park Yoonha.

Pre-orders for “27” have already started so make sure you purchase your album before they’re gone! “27” will have 3 different back covers and is said to include a random sticker photo card and a hidden poster. There are also 3 different versions of the poster.

Sungkyu’s second solo album will be released on the 12th, with the music videos for “The Answer” and “Kontrol” scheduled to come out on the 11th at midnight KST.

Scroll for more
Tap
Jessi Sings ‘I Want To Be Me’ in New Video
K-EXCLUSIVE: Super Show 6 In Singapore
Scroll
Loading Comments...