SUNMI confirms her June comeback with a purple teaser image for ‘Pporappippam’! 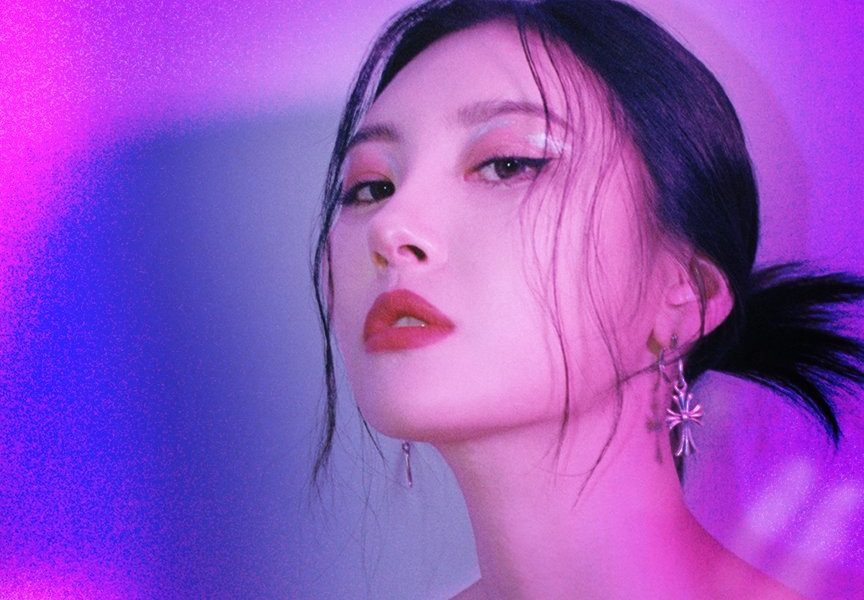 SUNMI confirms her June comeback with a purple teaser image for ‘Pporappippam’!

On June 17th, SUNMI released the first teaser image for her comeback. Check it out below!

The soloist looks stunning with a mostly natural makeup look, but with some light shiny eye shadow on her eyelids, and tied up natural black hair. Her barely visible off the shoulder top/dress features a tiger stripe print, and her entire self is in front of a blue/purple/pink gradient backdrop.

Through the centre of the image writes ‘보라빛밤’, which roughly translates to ‘Purple Night’. ‘Pporappippam’ is then the one of the romanisations of the Korean title. Although this is just a single, fans are excited as this will mark her comeback in 10 months since her digital single, ‘Lalalay’ in August 2019.

The poster shows that she is credited as the solo lyricist for the track, with Frants assisting with the composition and arrangement for the song. These two have worked together previously for the soloist’s tracks, ‘Siren’ and ‘Lalalay’.

‘Pporappippam’ will be released on June 29th, 6PM KST!

How do you feel about SUNMI‘s upcoming comeback? Let us know in the comments below!