Sunmi gives you a ‘Warning’ on her upcoming comeback teaser!

Sunmi gives you a ‘Warning’ on her upcoming comeback teaser!

Yes, that is right! Sunmi is gearing up for her September return. She had previously a video teaser that teases for her upcoming comeback. On top of that, she has also dropped the title poster. So, check it all out below!

Heyyyy, Please get ready for the comeback. It's kinda early to say but it's gon be awesome (hopefully????). A bunch of photos and videos coming up. pic.twitter.com/rgcQyctb5q

So, Sunmi took to her personal Twitter page in which she revealed that she is making her return. Throughout the video, we get to see the behind the scene images. She definitely is going for a look that best suits her. She goes for a darker look and surely has fans more excited than ever. 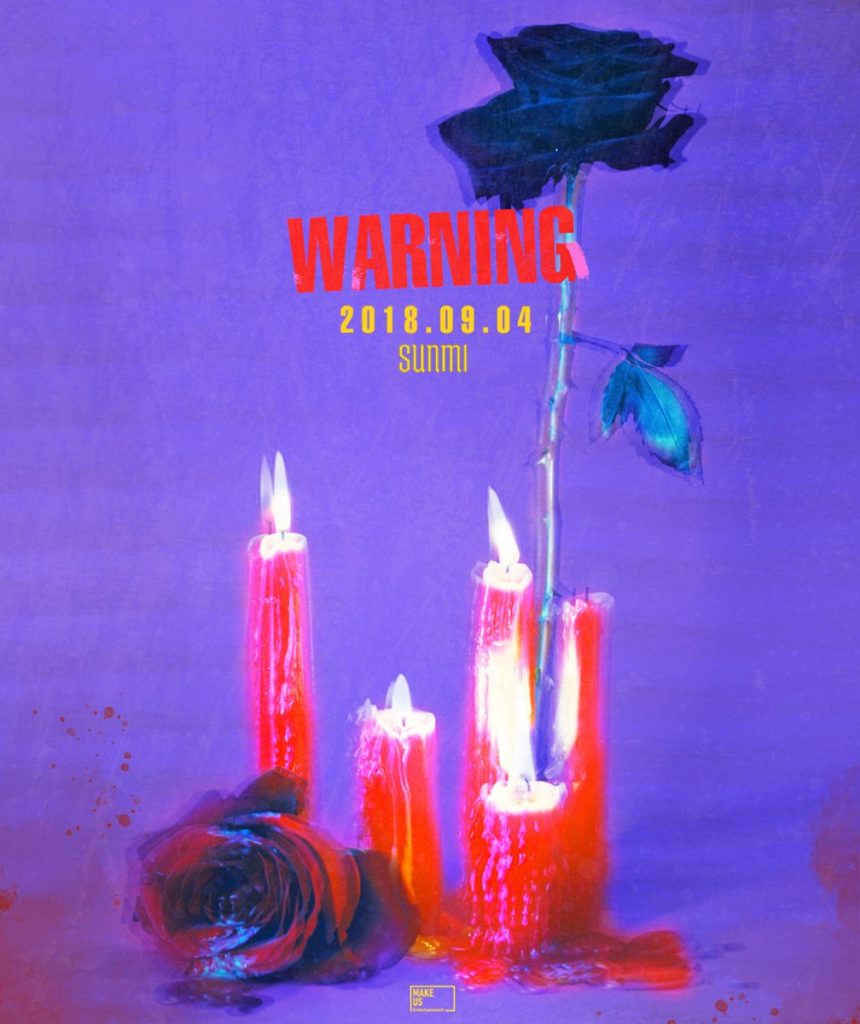 After that announcement, we get an official title poster. It reveals that the title track will be called ‘Warning‘. From this title, we get a feel for the kind of concept they are going for. It works so well with her video teaser and surely gives off that eerie look.

She is set to make her hot return on September 4th. Are you ready? Let us know in the comments below!

Scroll for more
Tap
Dynamic Duo’s Gaeko heads off on a ‘Vacation’ in latest teasers!
Raina soaks in the sun in latest collaboration teaser!
Scroll