Sunmi continues to build hype for her upcoming return with the countdown slowly reaching one. Now, we are up to D-4 where she has not only dropped the image teaser, but she has also revealed the MV teaser for ‘Siren’. So, check that all out below! 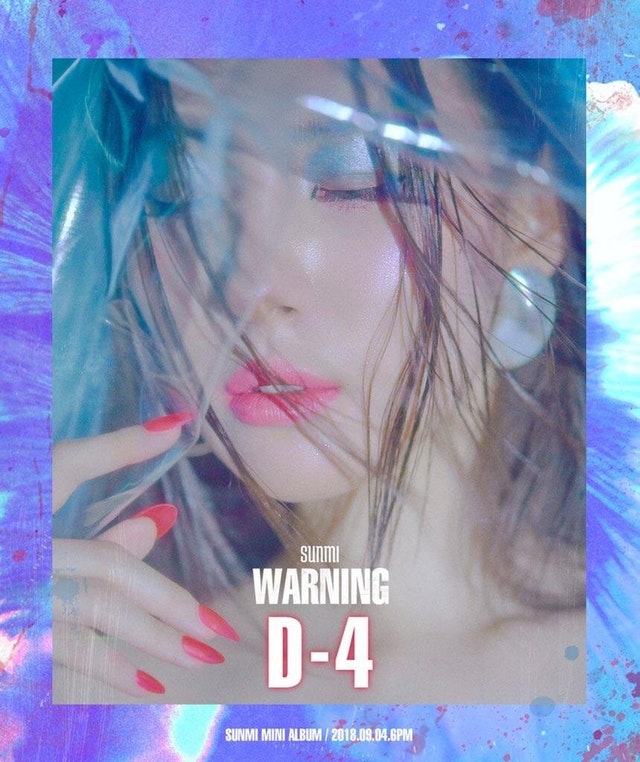 In this image teaser, she is seen to be wrapped around with some blue plastic wrap. It almost appears that she is stuck instead a present and is all dolled up. Her makeup is on point with the shimmer blue eyeshadow standing out. Then, her red beautiful nails contrasts nicely with her lips. Everything about her gives off that mermaid feeling and it works so well with her!

Meanwhile, Sunmi slays in this short MV teaser. She is seen doing her make up and does a short sneeze. Then, as she was putting on eye makeup, the music changes, as well as the setting. It goes ed before transitioning into a cage where we get a snippet of what it will be like. She definitely has left people stunned and more excited than ever.

Meanwhile, Sunmi will make her hot return with ‘Warning‘ on September 4th. Are you ready? Let us know in the comments below!