On January 7th, Super Junior M held a press conference for their newest album ‘Break Down‘ at Beijing’s CGV Cinema.

During the press conference, the group got closer to their Chinese fans by greeting them in their language, sharing behind-the-scenes stories from filming the music video, and introducing their upcoming album.

Super Junior M has also revealed that the group will be holding fan meetings across Asia  starting in Nanjing, China on January 17th. 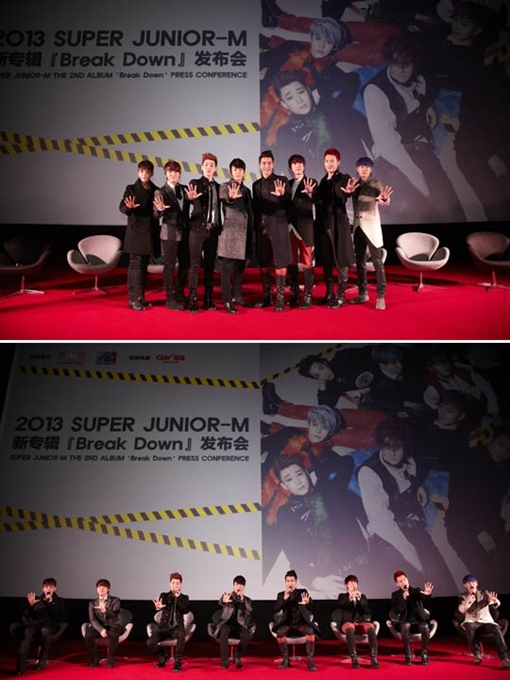