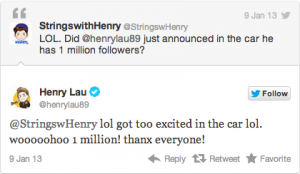 He expressed his excitement and gratitude over Twitter as well as receiving words of congratulations from his fellow Super Junior members. 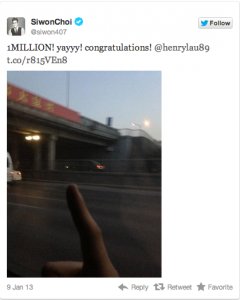 Henry and the rest of Super Junior-M is currently undergoing promotional activities in China for their recent comeback, ‘Break Down’.

Which other idol do you think will surpass the 1 Million followers mark on Twitter this year?