Super Junior is about to start its world tour “Super Show 5” and the members have met reporters, at the press conference held on March 24th, to share their expectations, hopes and thoughts about the upcoming concerts.

The group’s main dancer, Eunhyuk, confessed: “I’m filled with emotions thinking about how far ‘Super Show’ has come as a brand. I ask for your hot interest and support.”

One of the lead vocalist of Super Junior, Yesung, shared: “Super Junior is already going on eight years as singers. The first digit (of our ages) is beginning to change. Honestly, it’s something I realized while having concerts and going on world tours, but when I go on stage, rather than feel physical burdens, I actually feel happier. We’ve had concerts in countries all around the world, and when I stand before the many fans, I think that’s where I get my strength. Everyone is exercising really hard. As younger friends make their debuts, I’m working hard to maintain my boyish looks and stay in top condition.” 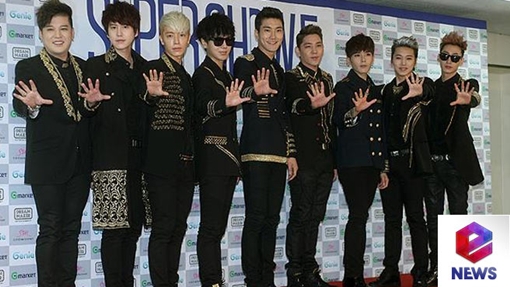 The group’s maknae, Kyuhyun, stated: “We’re starting ‘Super Show 5,’ and the members have gotten older since the previous years. Even though I’m the maknae, the time has come for me to rely on my strength for stamina, and the members are exercising a lot individually. We’re working hard to show that public that Super Junior is still alive and kicking.”

Shindong commented: “Unlike the first four tours, the members participated in [putting together] most of the stages. The song selection, costumes and stage concepts are a reflection of the members’ input.We tried a number of things, from appearing and vanishing suddenly to levitating, and this time we’re even drawing out a dream note. It’s as big as a 3,000 inch screen. We even used full mapping technology to project it.”

Eunhyuk later added: “Because the members have gathered their own know-how, everyone knows their role really well and what the fans like as well. When it came to choosing songs, we thought performing songs that we haven’t shown before is for the fans who come to every ‘Super Show.’ We practiced the choreography a lot too and put a lot of thought into the costume as well as other areas. Even though it may be lacking, we hope you look on it well.”

Eunhyuk added: “In preparing for this Super Show, my mindset was to work hard and return to the original resolve I had while preparing for the first Super Show. There are a lot of similarities with ‘Super Show 1.’ I poured all of my know-how into the show. Please look forward to it.”

“Super Show 5” is said to be one of the largest scale world concert series for a Korean artist. The group will visit China, Japan, Indonesia, South America, Europe, San Paolo, Brazil, Buenos Aires, Argentina, Santiago, Chile and Lima and Peru.