Super Junior‘s Donghae recently wrote handwritten letters to fans in three different languages which includes English, Chinese, and Korean. He wrote the letters on June 19th, but the letters were officially uploaded onto Super Junior‘s official homepage on June 24th, 2016. Donghae is presently enlisted in the military. 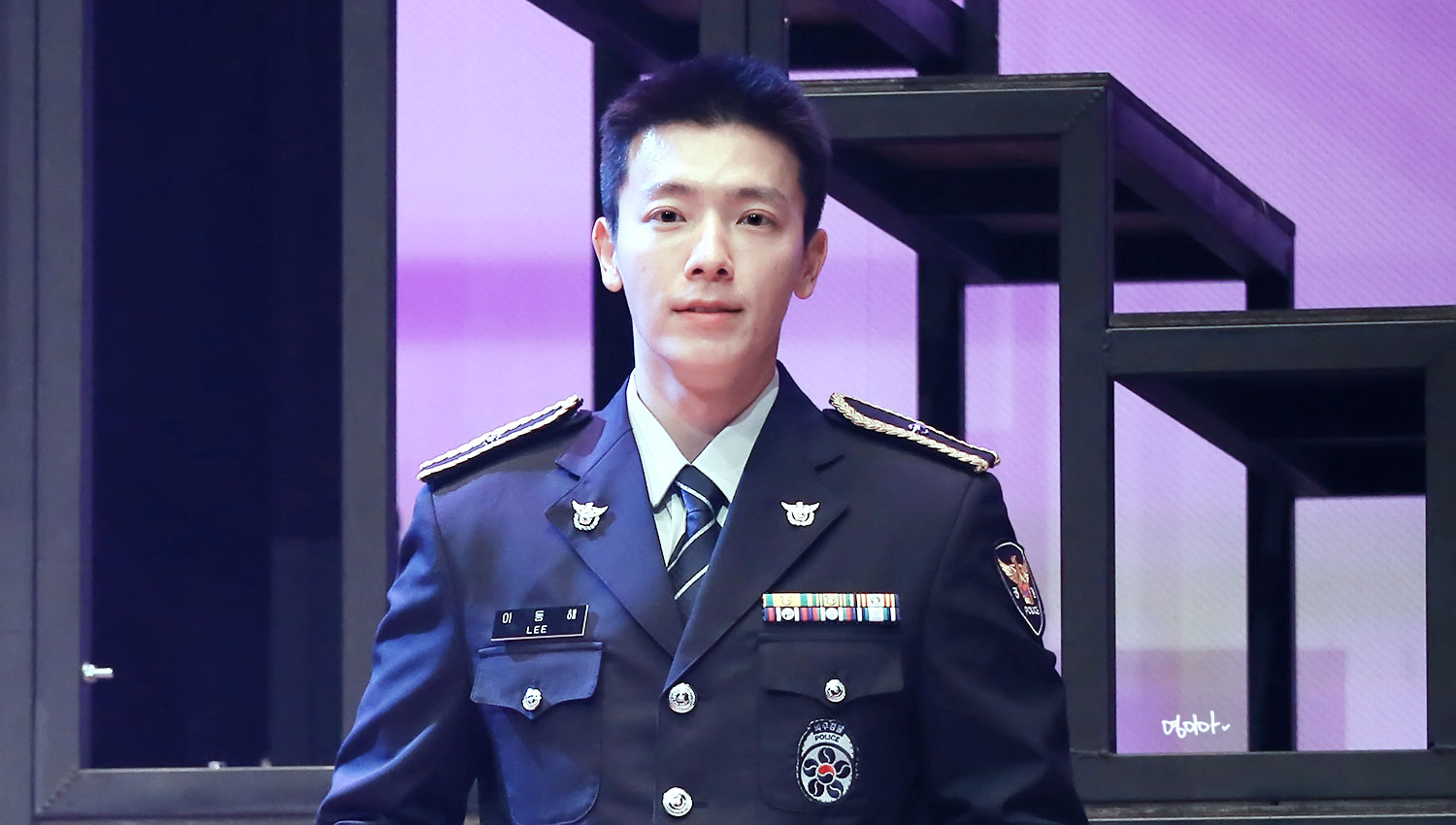 In the letters, he asks how his fans are doing and reveals that he is writing because he misses his fans and cannot fall asleep because he is eager to see them soon. He also says that he will love his fans no matter how they look and thus telling them to eat well and stay healthy. Concluding his letter, he expresses his appreciation and affection for his fans.

Check out the letters below: 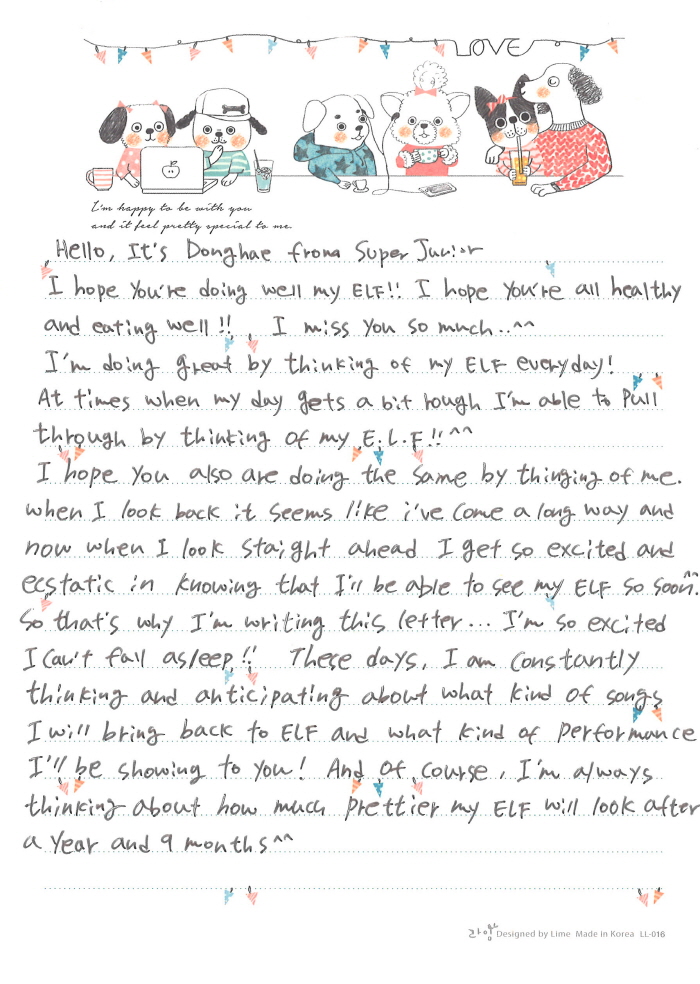 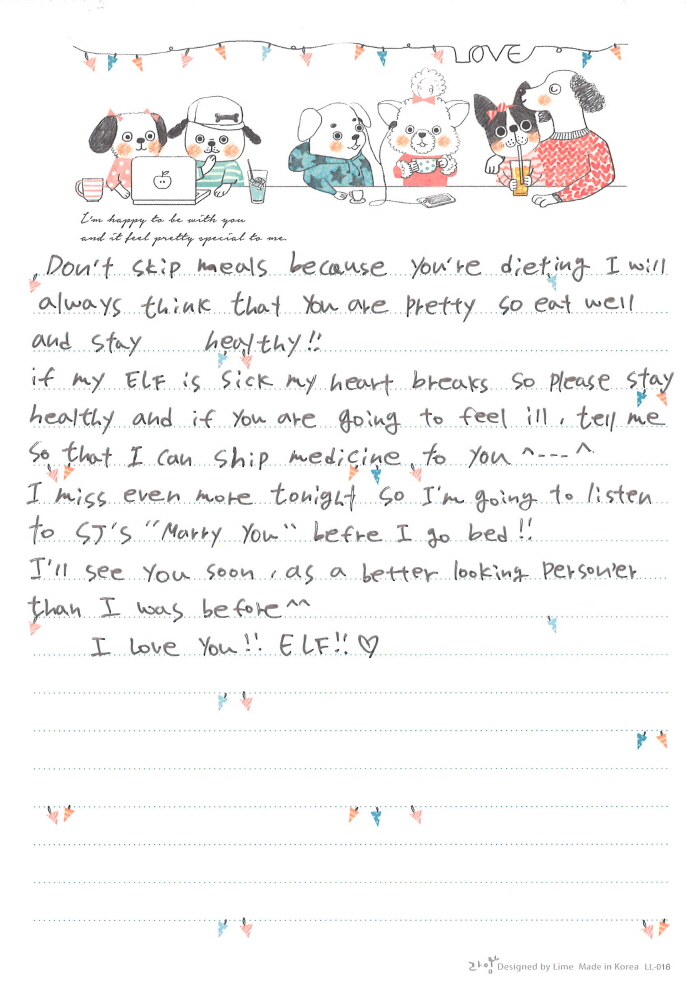 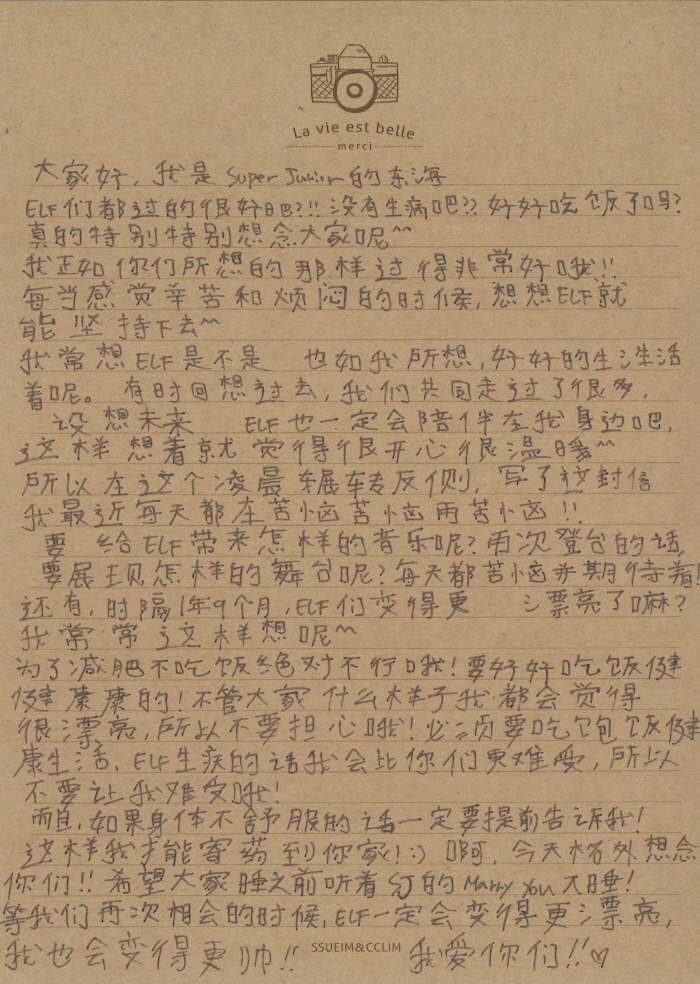 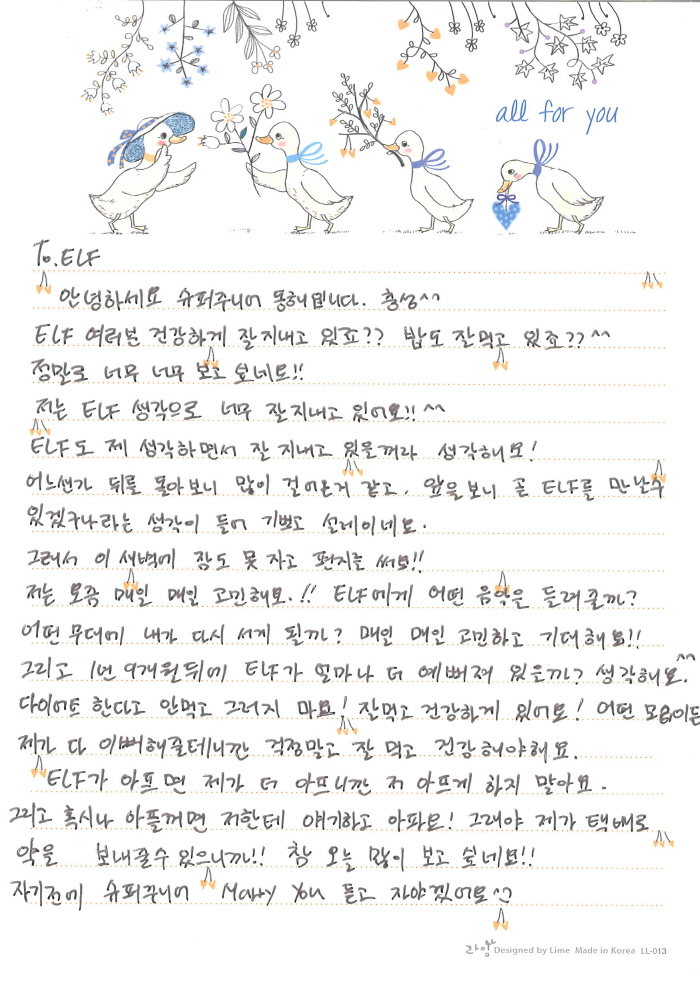 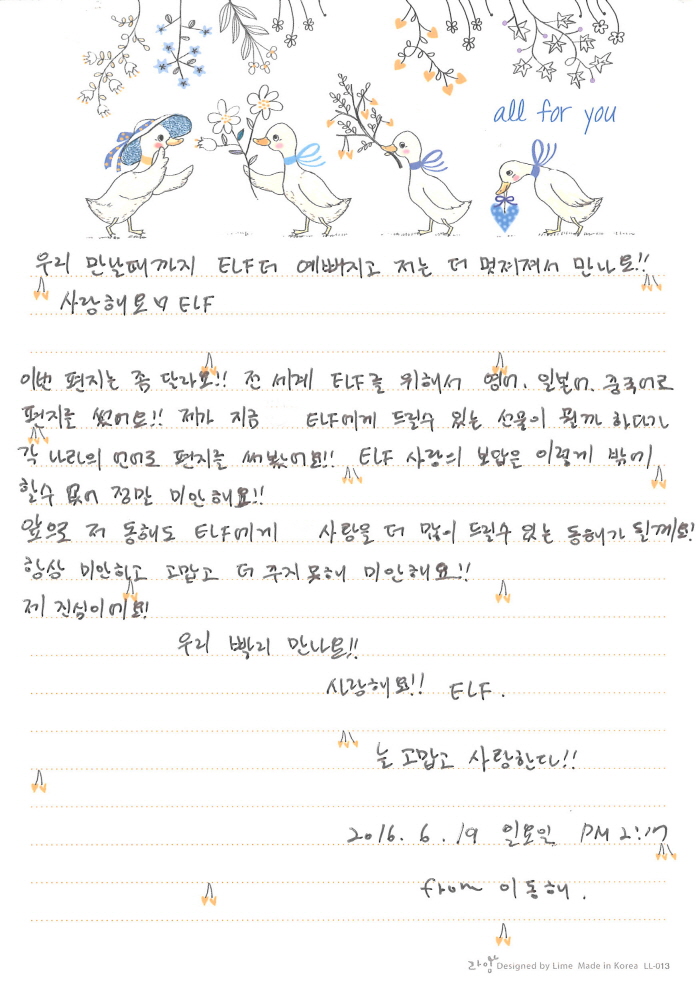 Donghae is anticipated to be discharged from the military on July 14th, 2017.

Let us know in the comments below of what you think about his letters! Stay tuned with Officially KMusic as we bring you the latest news from Korean Entertainment!

Scroll for more
Tap
Taeyeon Is A Summer Beauty In The Music Video Teaser For ‘Why’
Happy 14th Anniversary LeeSSang!
Scroll