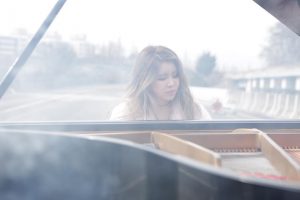 Solo artist, Suran is gearing up for a winter comeback! The singer/song writer dropped the music video teaser for her upcoming single, ‘Winter Bird‘ which is set to drop on December 8th. Though the teaser is short, fans can already hear Suran’s unique vocals shine through while a beautiful piano piece plays in the background.

The female singer is known for her distinct vocals and collaboration with some big names in the music scene. In 2016 alone, she has worked with rappers Beenzino and BTS’ Suga. It’s been about 4 months since she’s last dropped her most recent single, ‘Paradise Go.’ Keep an eye out for Suran’s single to drop on December 8th!