Boyfriend prepared a surprise for their fans and announced their comeback with a tracklist for their upcoming 3rd mini album.

Even though it has only been three months since the release of “Obsession,” the surprise made fans all over the world excited. The album will consist of 7 songs, including, “Bewitch,” “Witch,” “White Out,” “On & On,” “At Least Be My Friend,” “Suggest,” and “Doing Well, I See.” 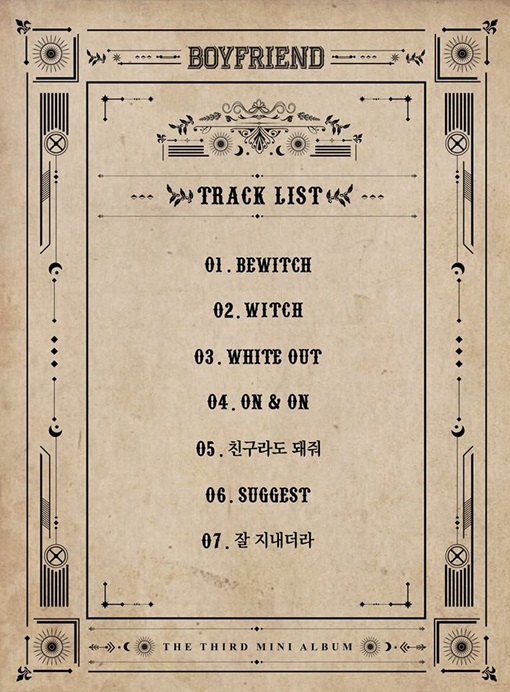 We still have to wait for more details to be released, including the info about title track, concept and the exact date of the release. So make sure to follow Officially KMusic for more updates!