Suzy has put an end to any speculation about her future by signing a contract extension!

Multi-talented performer Suzy has officially re-signed with her current company JYP Entertainment. In a media statement, JYP Entertainment stated that the company will be supporting Suzy as she continues to take on a diverse range of meaningful projects. 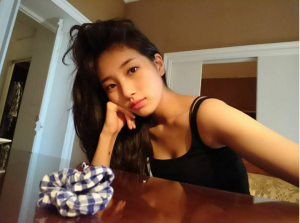 Suzy made her debut back in 2010 as a member of Miss A, which was quickly followed by her debut as an actress in ‘Dream High‘ the following year. Ever since Suzy has carved out a glittering career for herself, earning herself the nickname of “Nation’s First Love” and becoming one of the entertainment industry’s most well-loved celebrities in the process. Despite Miss A being inactive since 2015, Suzy has continued to promote her own music, debuting as a solo artist in early 2017 with ‘Yes No Maybe‘. In addition to this, Suzy will be making her return to TV dramas when she appears in ‘While You Were Sleeping‘ which is set to premiere in September.

This re-signing news suggests that Suzy will likely be taking on more projects in the near future, meaning that her fans can potentially look forward to new music and drama appearances from the entertainer! What do you think about Suzy extending her contract with JYP Entertainment?

Follow Officially Kmusic to keep up to date with the latest news in Korean entertainment!