Eunjung has opened her official V Live Channel, so fans get excited!

Eunjung made the announcement via an Instagram post, where she linked fans to her new V Live Channel, alongside the message “V Live Open. <3 See you tomorrow!’”At the time of writing, her V Live had no uploads, but could this mean that Eunjung has something exciting up her sleeve?

Earlier this year, Eunjung made waves after departing MBK Entertainment and signing an exclusive contract with UFO Productions, a company known for producing dramas such as MBC’s ‘Money Flower.’ The move led fans to question whether Eunjung would be pursuing an acting career more actively.

UFO Productions told sources that their connection with Eunjung began when she was a child actress, and that they would do everything they could to help Eunjung freely unleash her capabilities, as well as support her in potential activities with T-Ara.

As well as being a talented member of T-Ara, Eunjung has had a solo career under the stage name Elsie, and appeared in many movies, television dramas and variety shows, including ‘Sisters-in-Law’ and ‘King of Mask Singer.’ 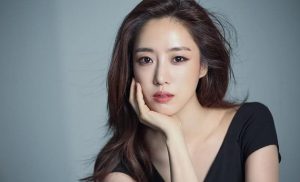 Scroll for more
Tap
Lee Dong Wook and Suzy have broken up
ASTRO to make their comeback in July with Weki Meki to follow!
Scroll
Loading Comments...