Hyomin from T-ARA has released an image teaser for her new single ‘U Um U Um‘. Check out her image teaser below! 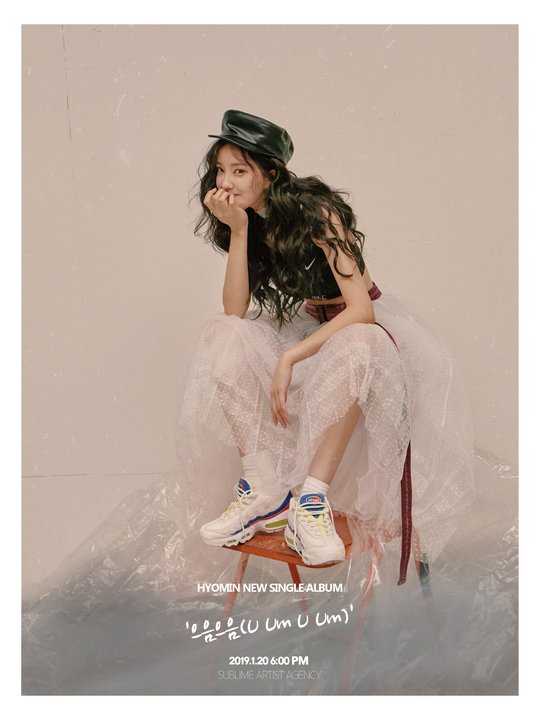 In the image teaser, Hyomin looks cheeky as she sits atop a chair. She is surrounded by plastic on the floor as she wears a black top, white skirt and sneakers. It looks like she is going for a girl-next-door image.

Hyomin from T-ARA will make her solo comeback on January 20th with a new single ‘U Um U Um‘. She is also working on a new mini album that will be released in February. Stay tuned!

Are you looking forward to Hyomin‘s solo comeback? Let us know in the comments below.