Tablo And Haru Say Goodbye To “The Return of Superman”

Tablo And Haru Say Goodbye To “The Return of Superman”

It has been some rumors about this but now it is confirmed, we need to prepare ourselves because EPIK HIGH‘s Tablo and his daughter Haru will be leaving this popular reality show “The Return of Superman”.

The December 28th broadcast will be the father-daughter duo’s last appearance on this show. It is said that Tablo came to this decision with a heavy heart has due to the conflict with his music promotion schedules and filming “The Return of Superman”.

Filling the slot that will be open with this departure, the actor Uhm Taewong and his daughter will be joining the current families of Lee Hwijae, Chu Sunghoon and Son Ilgook. 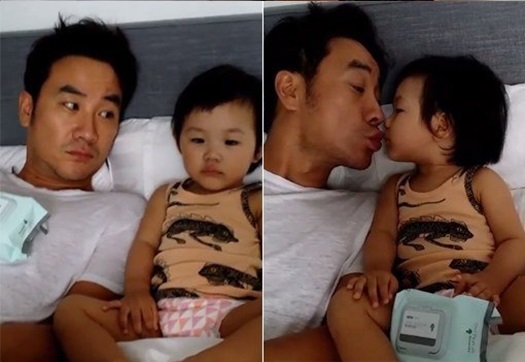 The actor married his ballerina wife, Yoon Hyejin in January 2013, and later that year they welcomed their first child, a daughter Uhm Jion in June. The cameras will be soon starting to film the 48 hours they spend together, with the first episode to air on January 4th, 2015.

Are you prepared to say goodbye to Haru and Tablo? We know that many of you are sad, like we are to hear this news. However, we are sure that Haru is as special as her father and we will be hearing from her a lot in the future.