Taecyeon Reunites With ‘We Got Married’ Wife Gui Gui!

Taecyeon Reunites With ‘We Got Married’ Wife Gui Gui!

It’s hard to believe the season of ‘We Got Married‘ with 2PM‘s Taecyeon has celebrated it’s three year anniversary.  In the show, Taecyeon married Taiwanese actress Wu Ying Jie, who goes by Gui Gui, and the two had a very fun marriage. The language barrier was real, with Gui Gui only knowing minimal English and even less Korean, the relationship had a lot of awkward moments. Gui Gui even expressed, many times, that her 2PM bias was not her husband. Of course, it made for adorable interactions between the two leaving Taecyeon to make light of it any chance he had.

Of course, the show had to end, and the two parted ways. It wasn’t until three years later the couple would reunite, causing all of the TaecGui shippers to rejoice. Gui Gui crossed paths with her former television husband while he was promoting 2PM at the M!Countdown headquarters. Gui Gui is now known as Gemma and made her Korean debut on the M!Countdown stage the same night she reunited with Taecyeon.

Earlier this year she signed with CJ E&M and has been training. She debut on the Korean market with her single Sugar Rush, which can be viewed above, on September 29. The two were fun to watch on ‘We Got Married’ and it is exciting to see them both so successful, and now being able to communicate without difficulties. 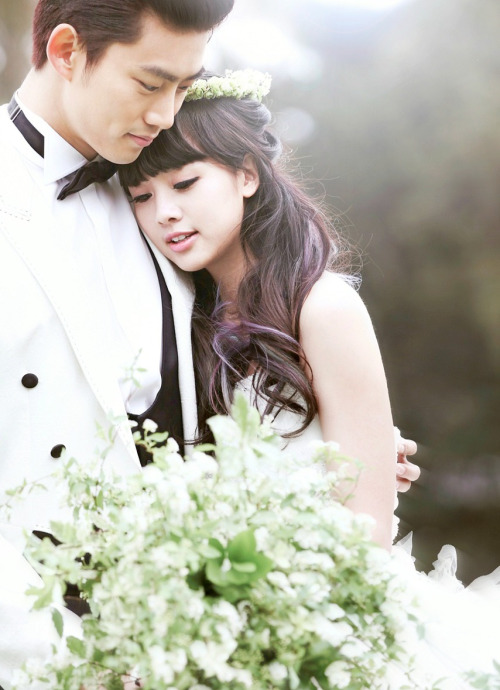 Are you excited to see them reunite? Let us know in the comments below!

To keep up with all things K-Pop, be sure to follow Officially KMUSIC!