Taeyeon Attained An All-Kill With ‘Fine’!

Taeyeon Attained An All-Kill With ‘Fine’!

Taeyeon‘s ‘Fine‘ is slaying all Korean charts and it’s no surprise considering that it is a comeback from one of the most successful solo artist in K-pop ever.

Mere hours after the song was released, it has skyrocketed to number one on a total of eight charts including Naver, Bugs, MelOn, Genie,  Olleh, Monkey3, Mnet and Soribada with an all-kill. Also, her whole album ‘My Voice‘ is currently trending all over the Korea. 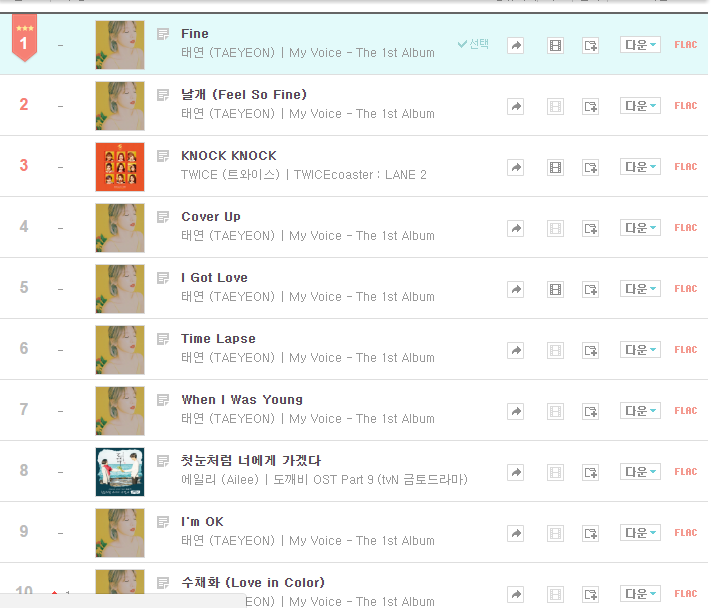 In response, Taeyeon thanked her fans through the official website.

“I am very happy about this news because as much as my fans have waited for this, I’ve also waited long and worked hard on it. In the album, I’ve included songs that are suitable to listen to at any time, whether it’s during the day or at night. Please enjoy the album, and thank you.”

Congratulations Taeyeon!!! Don’t forget to give the song a listen again and let yourself be enchanted by Taeyeon’s angelic voice.

Are you excited to see Taeyeon’s live performance at ‘Music Bank‘ on the 3rd of March? Let us know in the comments below.