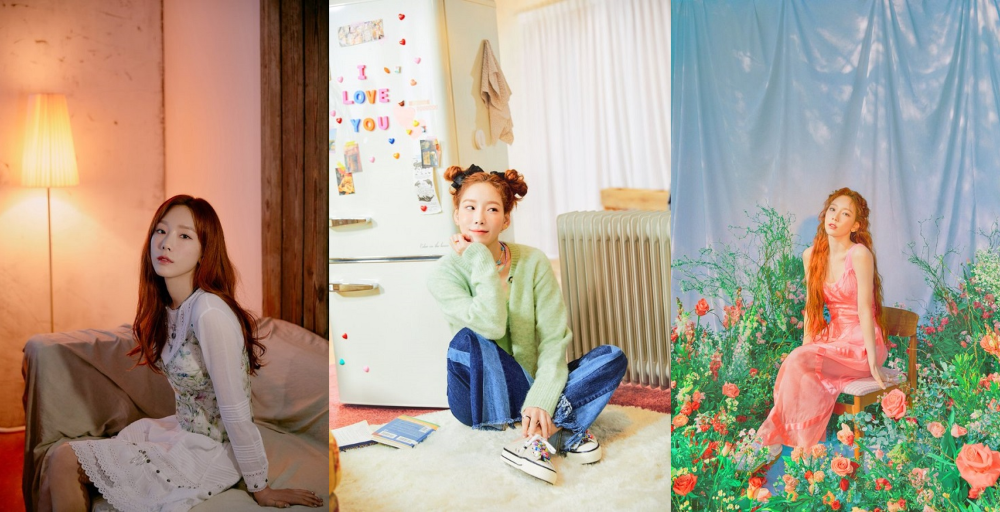 Between March 4th and 6th, Girl’s Generation member Taeyeon released teaser pictures for her new digital single, ‘Happy’. Check them out below!

There are three sets of photos which all show off the singer’s beautiful visuals. Firstly, we can see Taeyeon surrounded by a set full of flowers as she wears a pink gown. Her makeup compliments the set with its pink undertones, particularly in the cheeks. The second set shows the singer smiling, harking back to the name of the track, with a cute pig-tail hairdo. The cuteness is extended with the use of bright pastel colours in the background, found on the fridge and the props. Lastly, we see a more elegant side of her, in a simple brown haired wavy natural curl look with a minimalist background and outfit.

More teasers are expected to be released leading up the digital single release which is set for March 9th, 6PM KST! Furthermore, this release comes off her single release, ‘Dear Me’, off her second full album, ‘Purpose’ which was released on January 15, 2020.

How do you feel about Taeyeon‘s new single? Let us know in the comments below!