Take A Look At Mark And Taeyong’s Unique New Teasers!

Take A Look At Mark And Taeyong’s Unique New Teasers!

NCT 127 is coming back very soon! After announcing their comeback at the 2016 Gayo Daejun, they also started dropping teasers for individual members. Haechan was up first, with 2 teasers clips and 3 images, showing off his new fiery red hair and rebellious streak.

Following him, teasers for Mark dropped. The first teaser clip involved the group’s rapper trying to take the perfect selfie, while the second showcased the synchronized choreography, focusing on Mark. Teaser images were also released, revealing him in different hip-hop inspired outfits.

Take a look at both the teaser clips and images below: 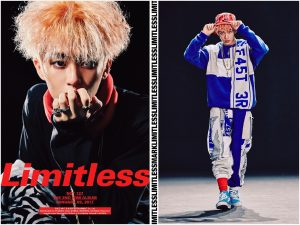 Taeyong’s teasers were revealed next, following the same format as both Mark and Haechan. Sporting a unique hairstyle, his first teaser clip was definitely of a new variant for this group. Multiple photo effects and transitions were used, and the audio was of a slower tempo track than the one heard for the previous two members.

His second teaser clip stayed along the same lines as previous ones, showing snippets of choreography, with Taeyong now as the focus. We also got a sneak peak at his rap, making his teaser the first one with vocals in it. Taeyong also got three teaser images, styled in the recurring hip-hop inspired outfits.

Take a look at Taeyong’s teasers below: 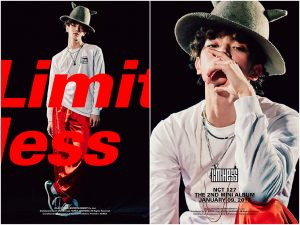 NCT 127 will be releasing their second mini album, ‘NCT #127 LIMITLESS‘, on January 9th. They will also be adding two new members to the ranks- Doyoung and Johnny– bringing the member total to nine.

What do you think of the teasers so far?

Stay with Officially KMusic as we keep you updated on NCT 127 and other Korean music news!