A representative from the music chart revealed, “TEEN TOP’s ‘Miss Right’ ranked #1 for the 4th week of March (3/25-3/31). TEEN TOP grabbed #1 after one month on the chart, which is a rare occurrence. They have become the first male idol group this year to top the chart.”

Teen Top’s “Miss Right” was released on February 25th. It is a energizing track with a rhythm that can be followed easily, with lyrics that compliment a girl’s special traits.

This just proves that their 2013 comeback was successful after they received much love from the listeners with the song. 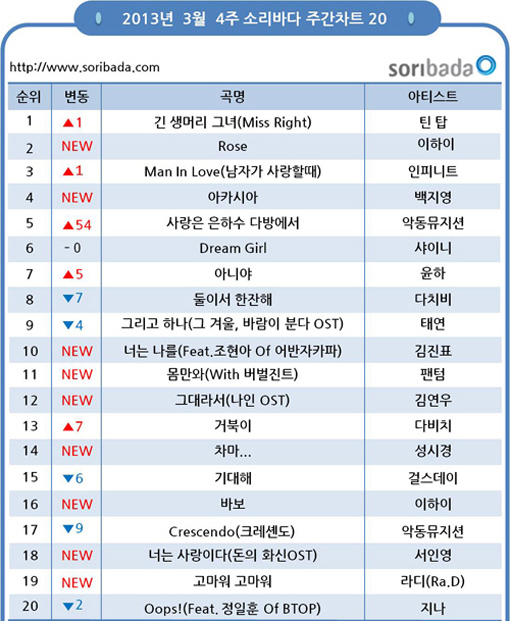 In other news, the group is currently preparing for their first ever Asia tour which will start on May 11th.