Teen Top On Naver ‘STARCAST On Air’ – Morning to Morning!

Teen Top On Naver ‘STARCAST On Air’ – Morning to Morning!


As ‘Teen Top‘ has started their comeback, they appeared on Naver ‘STARCAST ON AIR‘ for the comeback special ‘Morning to Morning‘. Show started and staff didn’t miss to still the moment of the episode.

Boys were all well dressed up handsomely like they always do. Individual introduction of the members were done and they looked as excited as the fans were about their comeback. The day’s MC Neil, was cute as usual! 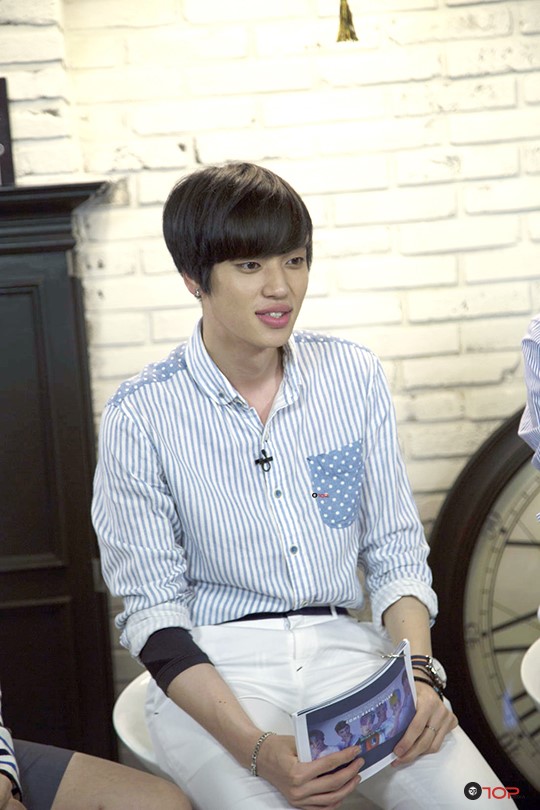 Members made an oath after their introduction. They swore to dedicate themselves to provide a great spoiler at STARCAST. Of course they did.

It was all about spending time with fans. I love Korean Idols for this very reason. They always care for their fans. Chunji did a bit of singing upon a request made by a fan and it turned out very sweet. C.A.P was requested to reveal his eyes so he removed his shades. That wink and that smile! I’m turned on! 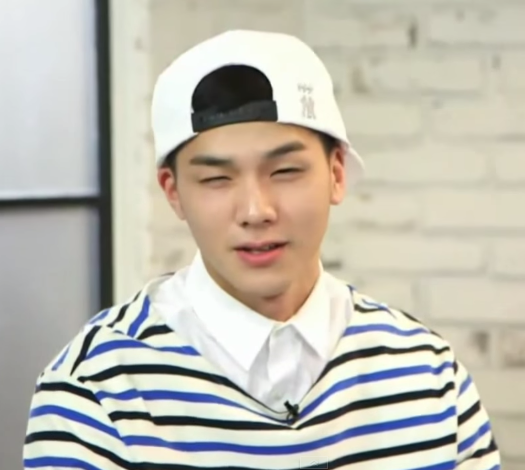 L.Joe was generous enough to fulfill a fan’s request by making a funny face. He was still handsome. I second the STARCAST comment about him, ‘In fact, L.Joe is the most handsome member in Teen Top’. 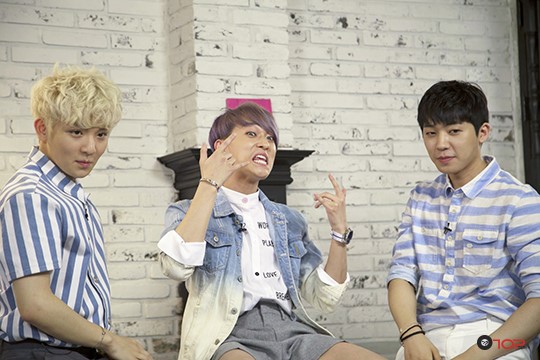 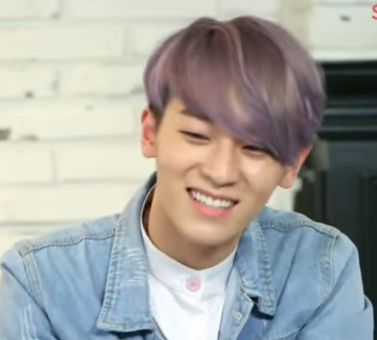 Chunji and Ricky plays eomma-oppa and I could not stop laughing. Why they are that cute! Chunji was a strong heartened daddy and Ricky was a handsome mommy. Such an adorable pair of parents.

Then there was this dance mash-up of Changjo! Neil sang few of their songs back to back including their debut ‘Clap‘ and Chonjo did well! 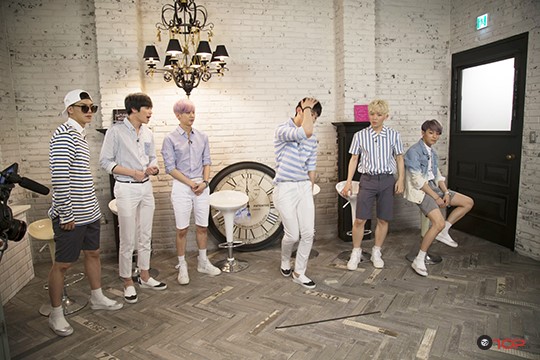 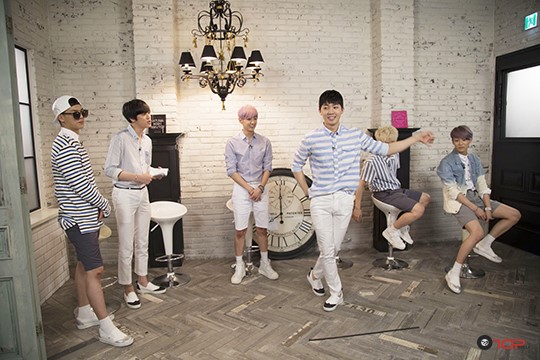 It’s party time! After playing a fun game members gathered to celebrate their fifth anniversary. They decorated a cake tastily with stick-snack, candy, chocolate and a little bit of wasabi. Wasabi? Chonjo will know better about wasabi because he became the lucky one to eat it and taste it. His tear-filled eyes and the expressive face said it all. Not ending there, Ricky was lucky enough to taste it too. Poor boys! 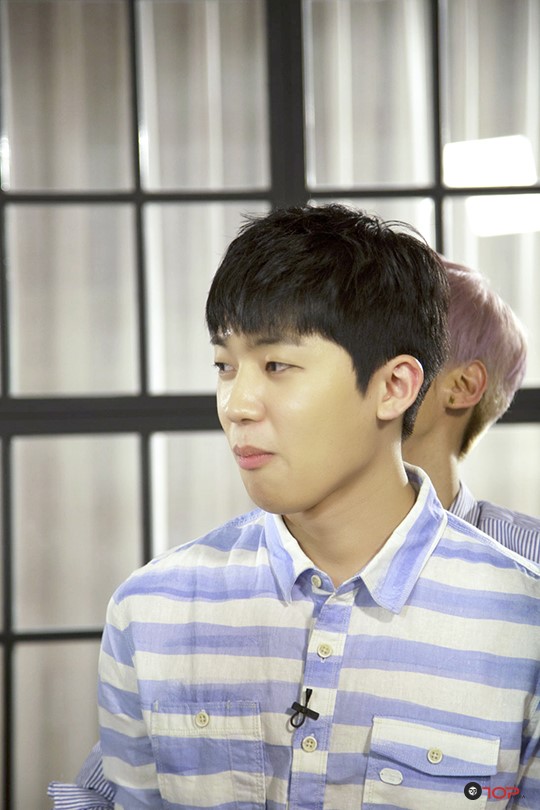 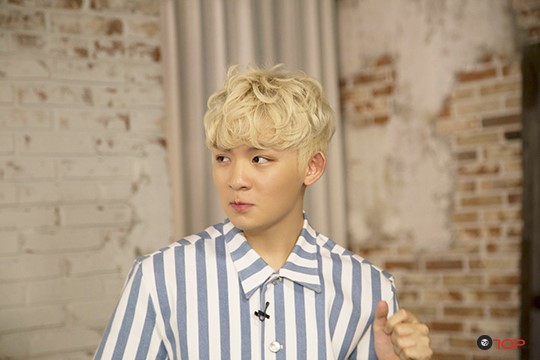 To the end of the celebration it was time to know Miss An. There she’s in C.A.P’s hands. ‘When C.A.P is with Miss An, he becomes a gentle and a mild man’. STARCAST commented and we all agree. 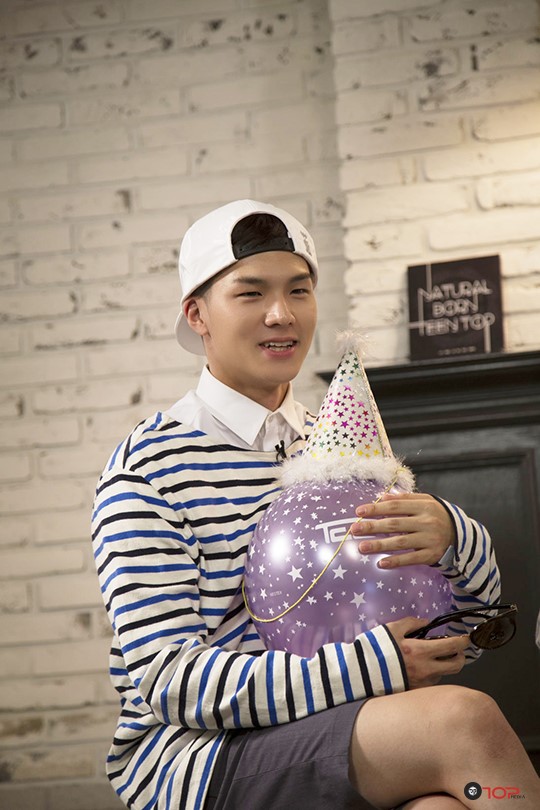 After-all these are done the album spoiler was released for the first time, exclusively on STARCAST.

It didn’t end there. Members returned to their original places and resumed to be cute, showing off more of their individual talents.

Here are some more stills from the show. 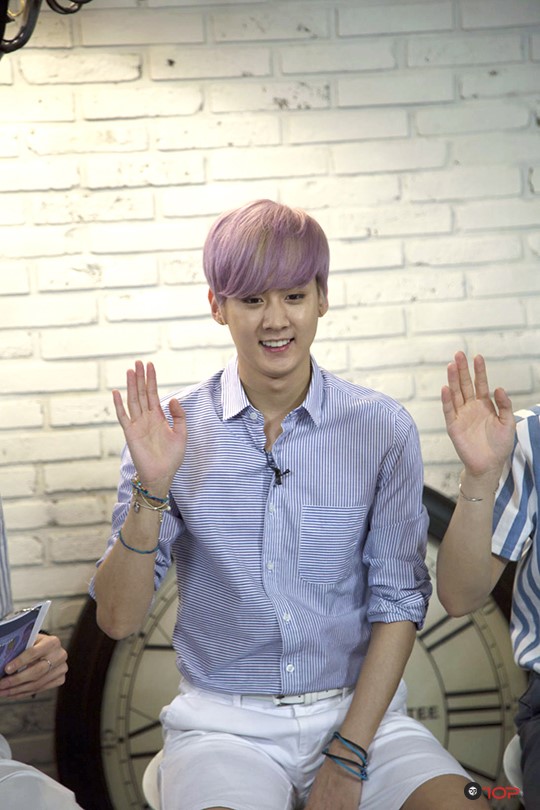 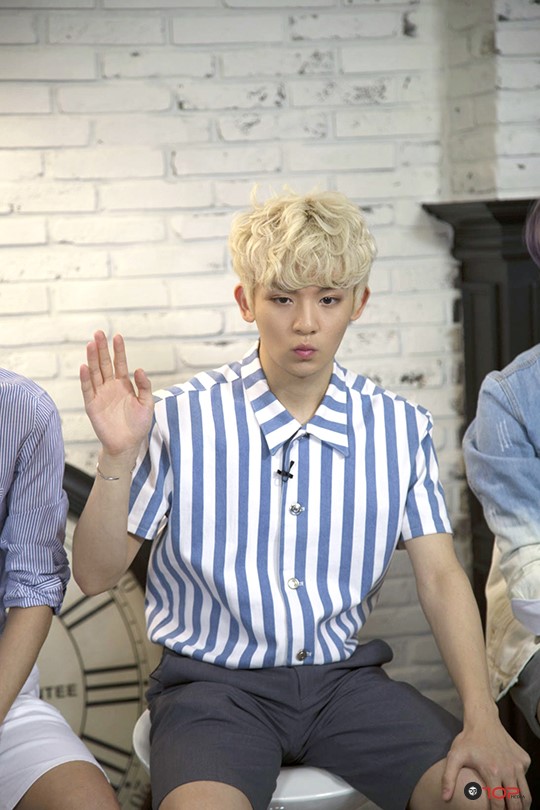 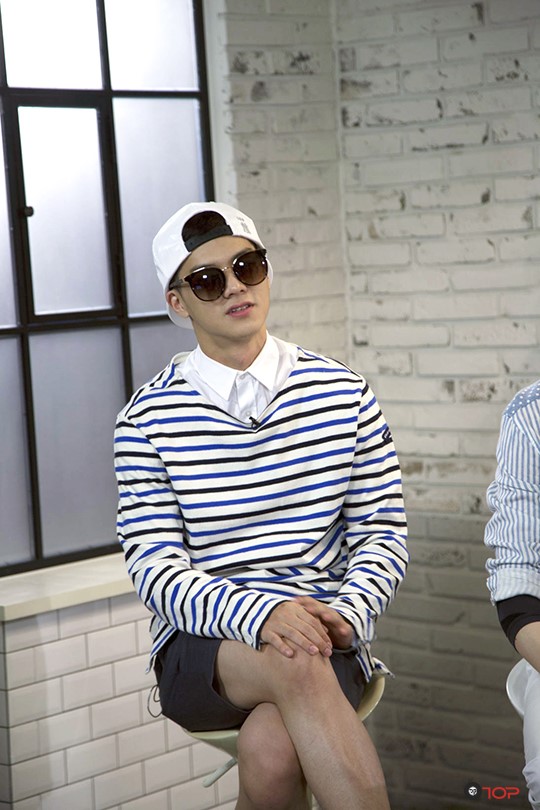 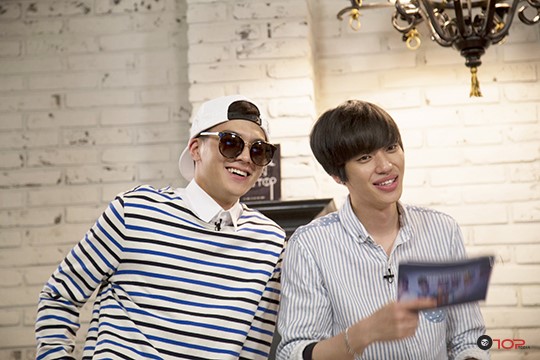 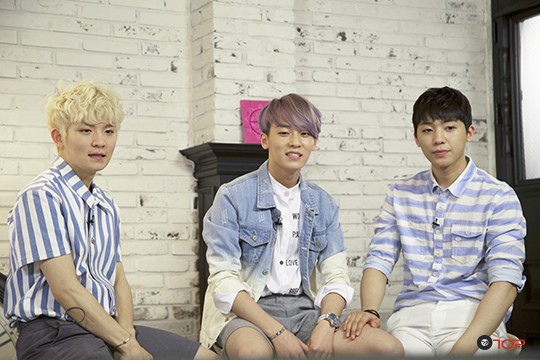 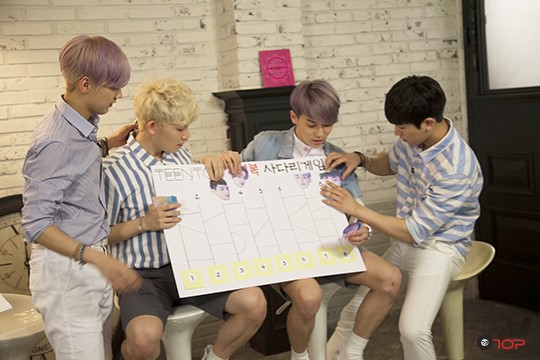 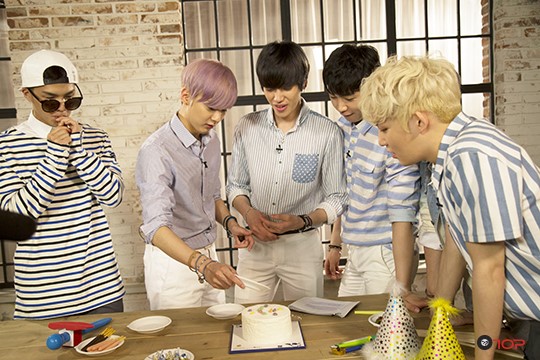 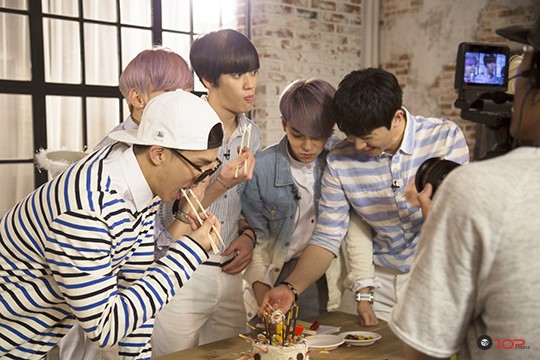 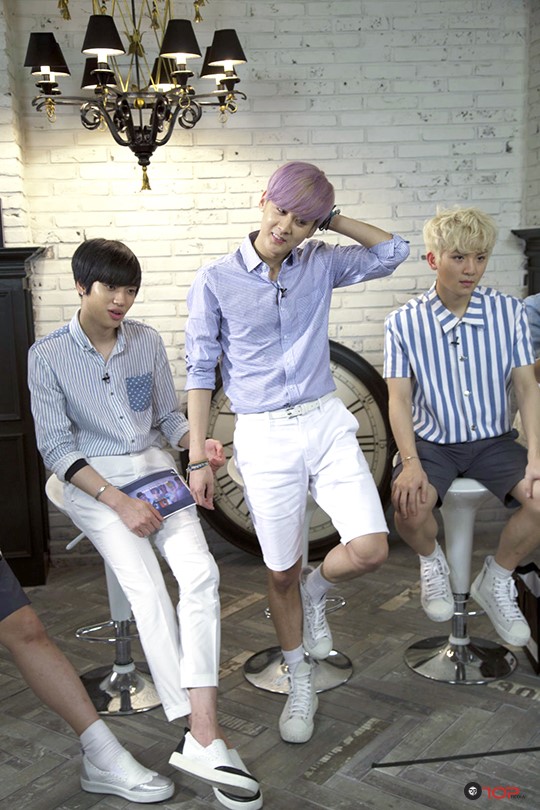 Teen Top has always been an adorable group. It’s a good day for Angels. Teen Top said, ‘We love you Angels, we thank you and let’s be together till the end’.

We love you and thank you too Teen Top. Let’s be together till the end.

Scroll for more
Tap
SHINee Will Focus On a Repackage of ‘ODD’!
The Wait Is Over! BTS’ New Video Is ‘Sick’!
Scroll
Loading Comments...