European fans did not let the group down, and they have set the highest decibel ever heard at the arena in Paris, according to the staff at the Le Trianon theatre.

The staff shared: “The tremors caused by the audience jumping with the group was so great that the staff members had to hold onto the equipment.We were very shocked to see so many fans excited to see a single idol group.”

Staff from Barcelona has also admitted that the audience at Teen Top’s performance was louder than any heavy metal concert.

The group tweeted on February 11th: “We’re finally closed the concert for our European tour. Did everyone have fun? It was a very happy time for us as well. We’ll never forget it. ♥ Hope to see you next time! I ♥ U.” 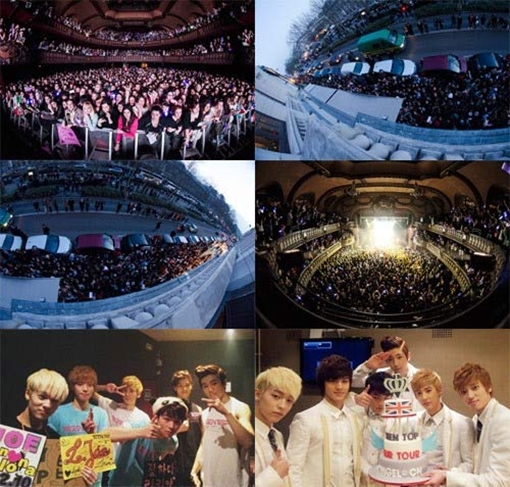 Scroll for more
Tap
PSY Takes a Break to Bid Farewell to Lim Yoon Taek
2PM Wants to Sing Just For You!
Scroll