TEEN TOP To Return With ‘Red Point’ Later This Month

TEEN TOP To Return With ‘Red Point’ Later This Month

TEEN TOP announced that they would be making a comeback this month after a 7 month hiatus.

Now, the 6 member group has released the first teaser image for their new song/album ‘Red Point‘!

The boys can be seen wearing dark leather outfits. We can’t see anyone’s expressions clearly, except Niel‘s, but we can assume by only this that the group is aiming for a bad boy concept, which will be a complete 180 from their ‘Ah-Ah’ concept. 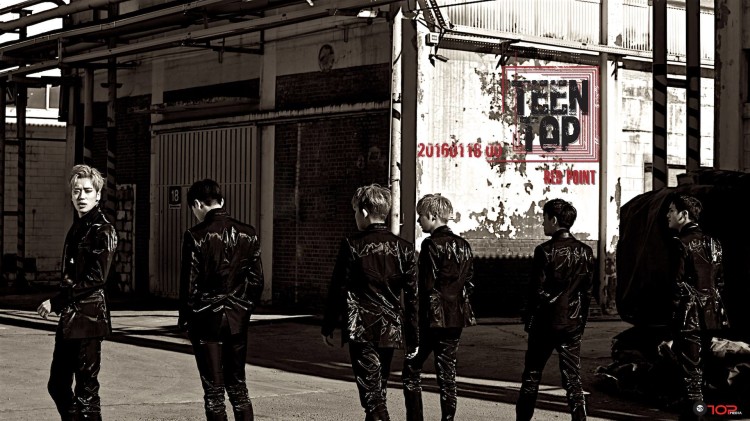 Their scheduled comeback is set for the 18th. Other than that, not much else is known. Could they be coming back with a mini album? A single possibly, or maybe if we’re lucky, they’ll surprise us with their second full album as it has been almost 3 years since they released their first full studio album ‘No.1‘.