THE BOYZ demand to hear your ‘WHISPER’ in their comeback MV! 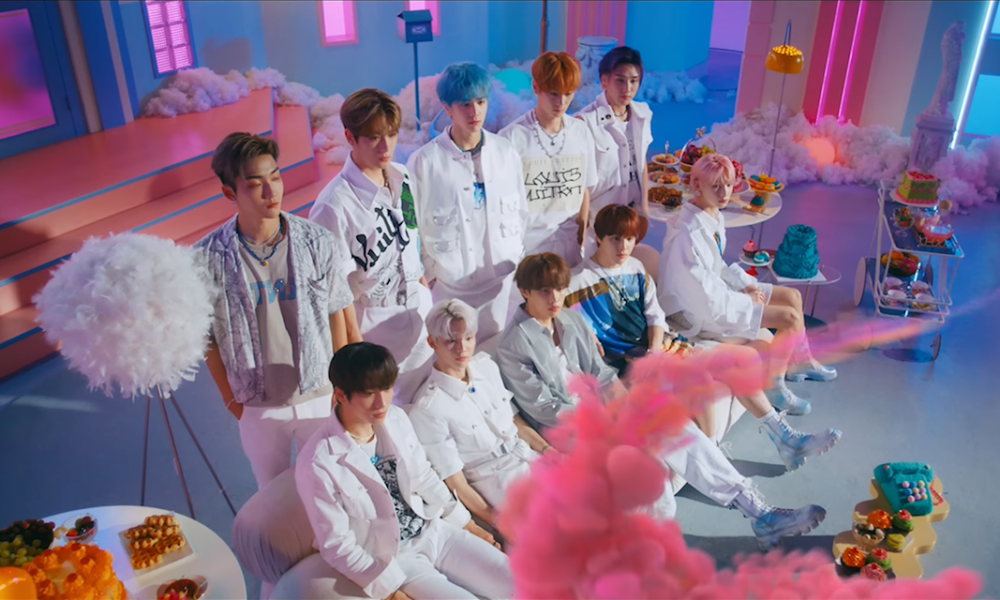 THE BOYZ demand to hear your ‘WHISPER’ in their comeback MV!

On August 18th, THE BOYZ dropped the music video to their new title track, ‘WHISPER’. Accompanying is their simultaneously released 7th mini album, ‘BE AWARE’. Wanting to hear their lover’s whisper, the group sing and wait for a return. The instrumental has a fun yet robust sound. Bouncing bass and bubble bops anchor the track as it moves between occasional trap beats. Repeated harmonised vocals in the chorus sound akin to an SM Entertainment sound but lead to an incredibly catchy hook.

Watching the music video, the boys are above the clouds in their own pink wonderland. Sweet snacks litter around the space as pink smoke emits when anything is opened. Choreography wise, the members show a lively cool performance throughout, showcasing their chic and boyish charms.