There are time in a K-Pop fan’s life when things don’t go as you think.  Your favorite has terrible hair, their stage outfits are a train-wreck, why is this the title track when **insert-every-other-song-on-the-album** is better, etc.  These are facts of the fan-life and they are universally true.  The last few days have seen something happen that is very uncommon: leaked information about a release was denied by the label only to have a teaser release that makes it seem that the original leak was accurate. 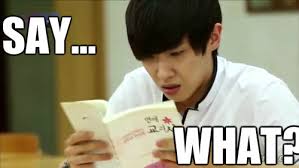 This is the sort of thing that usually occurs with dating rumors, the end of contract-terms, release dates if you’re talking about YG, this is not something that happens often about the content of a release and it rarely comes from Seven Seasons.  However, that is exactly what happened with Zico‘s upcoming solo release ‘It Was Love‘.  Naver originally reported that the song, scheduled for January 25th, was going to be a ballad.  As soon as the news hit, fans and news agencies ran with it because the idea of a solo ballad from one of the best rappers in the industry was and still is, a huge deal.  ‘Pride and Prejudice‘ was a hip-hop ballad off of his latest release that featured Suran so the idea wasn’t out of the realm of possibility.

However, Seven Seasons released information that led everyone to believe that this song wasn’t going to be a ballad as we talked about here.  This seemed to be the end of it; Seven Seasons knows what’s happening with their own people, right? 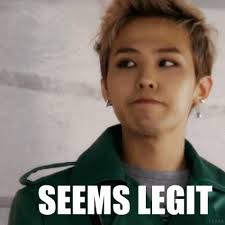 Nope.  Not at all close as it turns out.

The release of today’s teaser of the new release just goes to show that you have to be very careful with how you translate and interpret statements, even official ones.  Is Zico going to sing?  Probably not.  Is the song a love song?  Based on the title and the sample, probably yes.  Is it a traditional ballad in K-Pop terms?  Nope, so the statement still stands:  Zico will not be having a solo ballad.  What it seems that he’ll be having is a love song featuring Luna of f(x).  If you’ve not heard it, go listen to the teaser, it’s sounds like it’s going to be amazing.

Now if you’ll excuse me, I need to go lie down.

Scroll for more
Tap
BlockB’s Zico Released Teaser For ‘It Was Love” Feat. f(x) Luna
K-Quiz: How Well Do You Know BTS?
Scroll