The Handsome Gentlemen 2PM hold their Press Conference In the Philippines

The Handsome Gentlemen 2PM hold their Press Conference In the Philippines

The Philippines welcomes one of Korea’s biggest boy bands, 2PM!

The members of 2PM arrive in Manila on March 1, 2013 for their ‘What Time Is It‘ live tour, which will take place at the Mall of Asia Arena tonight. Thousands of fans are expected to attend, they have all been waiting for this one-night-only concert to watch 2PM perform live for the first time in the country.

At the Manila hotel, a press conference was held where the group promoted their show and introduced themselves to the public. Orange Magazine TV attended to witness the Filipino fans who was overwhelmed with excitement for 2PM. Unfortunately, Hwang Chansung could not attend the press-con, but his fellow members explained that he was busy filming for his new TV series and will later join them in Manila for the concert.

Jun K, Nichkhun, Taecyeon, Wooyoung, and Junho,were all handsomely dressed in clean white suits with plain black or blue ties or ones that had a polka dot pattern. Their hair was neatly combed and their skin was flawless and smooth which can make any one jealous! Nichkhun’s deep brown eyes really stood out in the suit he was wearing, making any fan girl fall head over heels. It’s no wonder Tiffany fell for him! Wooyoung, on the other hand looked too cute for words in his suit, trapping any and all fan girls’ hearts in an instant!

Head of IMC of Hoopla Inc., the local promoter of the concert, Nian Rigor shares,“The ‘What time is it’ Live Tour in Manila is a once-in-a-lifetime opportunity for 2PM fans to catch their favorite KPop superstars in the flesh. They can expect a lot of exhilarating performances and surprises and it is definitely a show that should not be missed by every KPop fan.”

Ok Taeceyon, Jang Wooyoung, Jun K, Hwang Chanseong, Lee Junho, and Nichkhun will be performing their songs which will include hit singles, “Hands Up”, “Heart Beat”, “Again and Again”, and “Crazy Over you.” Not only this but they will also be performing songs from their new Japanese album, ‘Legend of 2PM‘ which has quickly risen to success after topping numerous music charts in Asia , soon after it’s release on February 13.

But it just gets better since the boys have prepared a special treat for Filipino fans aside from their smashing hits, they will be performing a mix of acrobatic and eye candy dance moves to excite their fans even more and blow them away!

“We have always wanted to go to the Philippines and we have been preparing very hard to put up a good show for our fans. Now all of us are very excited and at the same time nervous for our first concert in Manila,” Nichkhun shares. “We have received many letters and presents from our Filipino fans and some even came to see us in Korea. We are grateful and we are really  looking forward to finally meet them in person!”

All over Asia, 2PM has performed in sold-out venues and now they are in the Philippines for the launch of their 2013 2PM Live Tour, “What Time Is It” world series. After this, the group will visit the rest of their Asian fans with concerts on March 30th at the Guangzhou Gymnasium in Guangzhou, China and at the Impact Arena in Bangkok, Thailand on April 8th. 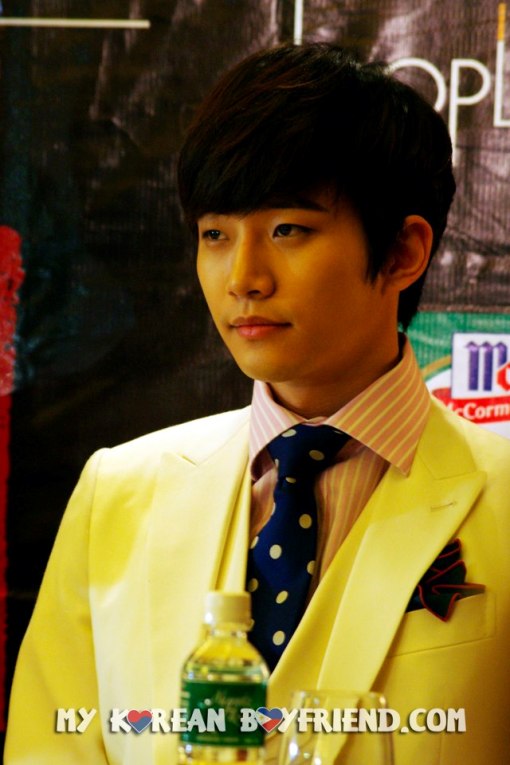 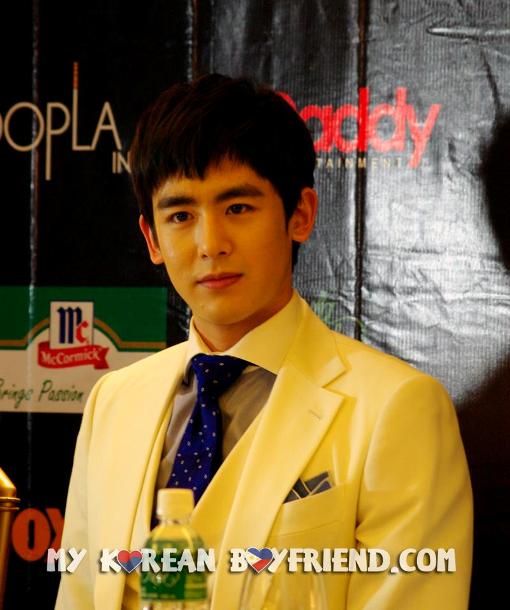 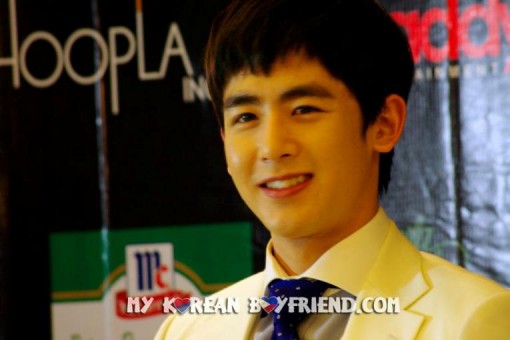 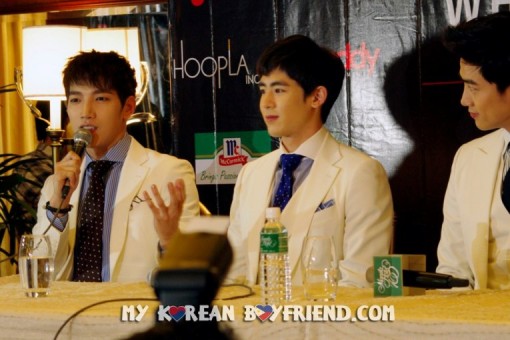 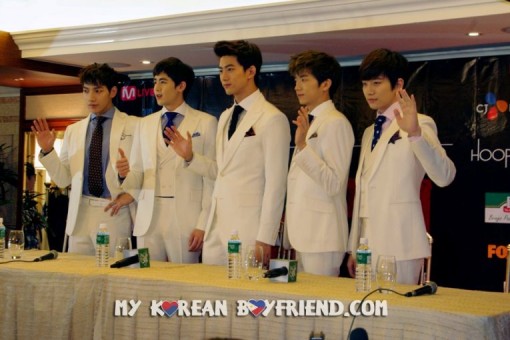 These photos are from 2PM’s Concert, you can view more photo’s at:

Don’t forget to check out the videos below of the 2PM members at the Press Conference!