The Legend is coming back with a whole new sound. SS Entertainment has released the official teaser for their new song ‘반했다 (Crush On You)’ off their their second mini album, ‘Sound Up’.

The five members recently had a comeback with their single, ‘손톱 (Nail)’ in November of last year. Known for their dynamic vocals and impressive raps integrated into their songs, The Legend has always had more serious music videos to their title tracks.

From the teaser images, it seems that Roi, Lito, Changsun, Listen, and Jaehyuk will be taking a more bright and fun approach to this new five track album. Donned in bright colourful clothes, along with lighter hair to boot, the teaser video shows a more upbeat and brassy sound. SS also added Roi’s individual teaser image to their Facebook page. 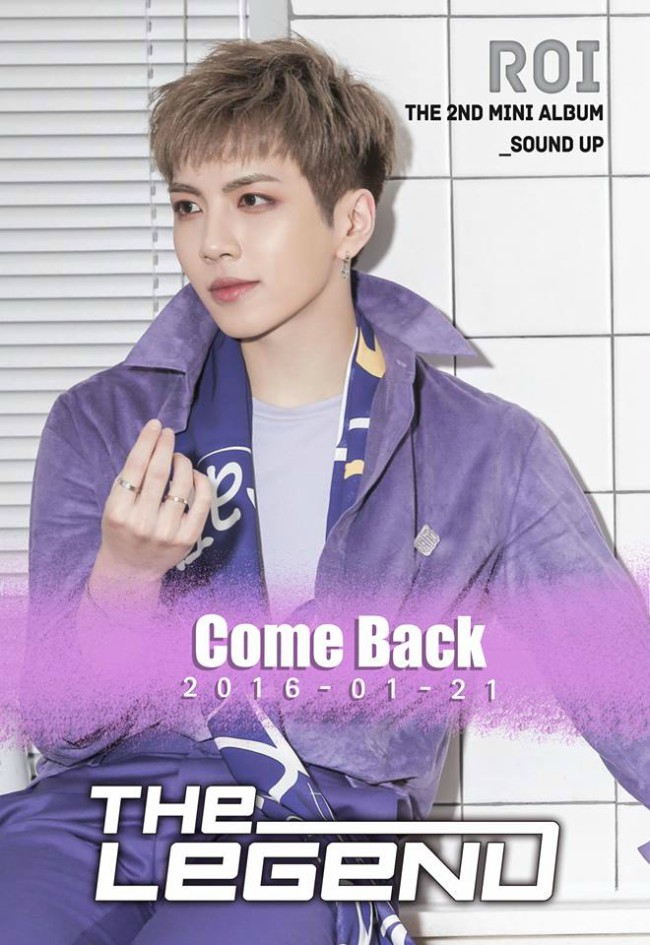 The new album will have the original version on ‘손톱‘ on it while ‘이렇게’ is getting revamped with a new feel. ‘Sound Up’ is set to release on January 21 along with the music video for ‘반했다’.

As a huge Herose, I am looking forward to this new album. The Legend is just such a great band and the members usually have a hand in creating their music which is always exciting. Are you anticipating the new album? Let us know!