29 September 2017 – SEVENTEEN, the multi-national Korean Idol boy group under Pledis Entertainment performed at Suntec City, Singapore for their first world tour. If the concept of a 13-member group (consisting of S-Coup, Jeonghan, Joshua, Jun, Hoshi, Wonwoo, Woozi, DK, Mingyu, The8, Seungkwan, Vernon and Dino) taking the stage sounds unrealistic, they sure have proven that unrealistic goals can be made into reality. Here are the top 5 shining moments from SEVENTEEN Diamond Edge concert in Singapore. 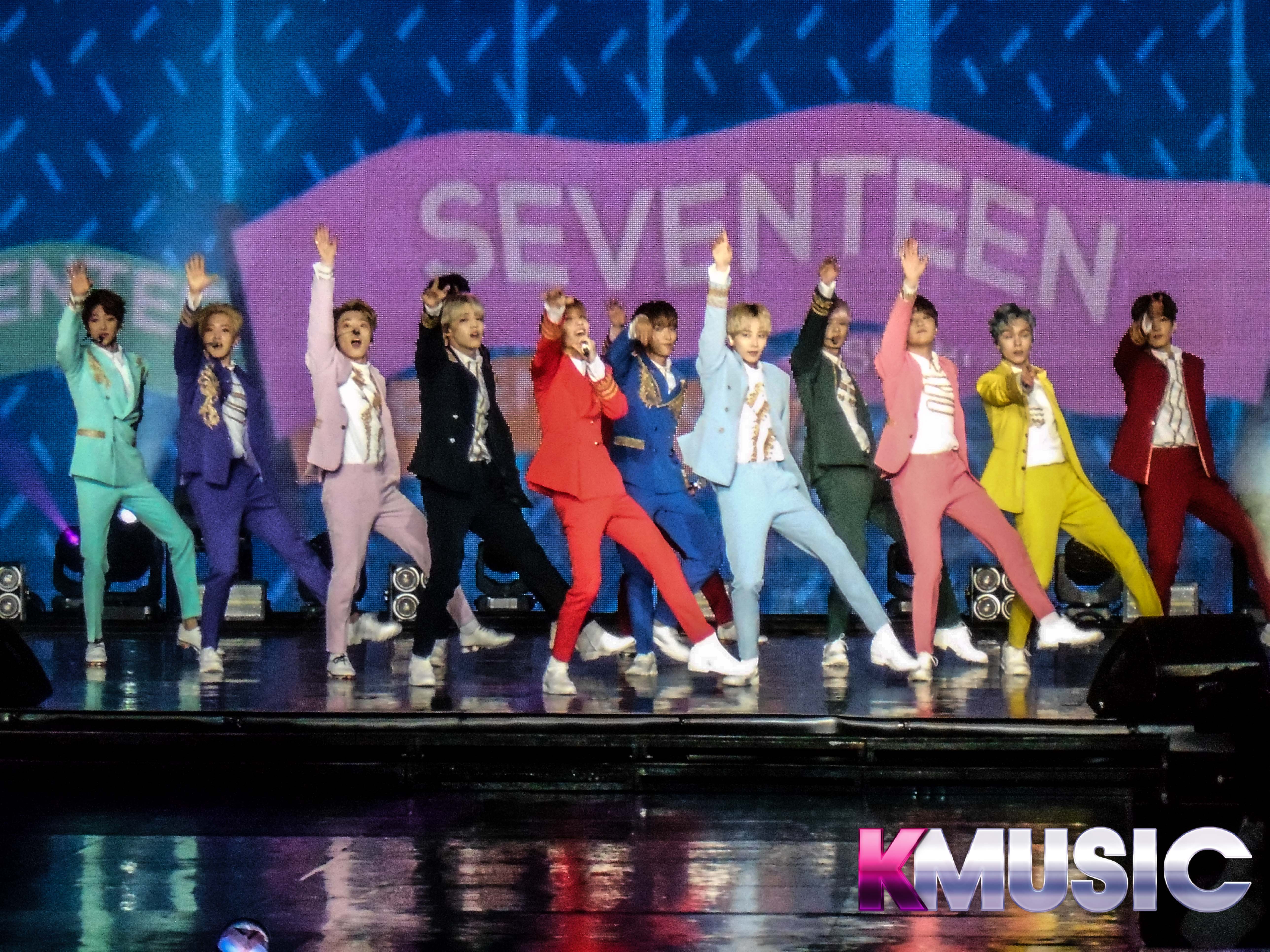 SEVENTEEN stepped onto the stage in their colourful gentleman’s suit, with each member boasting their own unique visual. They performed ‘Pretty U’, ‘Beautiful’ and ‘Adore U’ with so much energy and excitement which they received from the amazing CARATS who were chanting even before the concert. They then greeted the audiences by introducing themselves one by one.

CARATS were treated to numerous performances by SEVENTEEN throughout the show. They performed songs from their first to their fourth mini album such as ‘Still Lonely’ , ‘Very Nice’ , ‘Mansae’, ‘Boom Boom’ and ‘Crazy in Love’. They also performed their most recent hit, ‘Don’t Wanna Cry’ which currently has 34 million views in youtube, a prove that SEVENTEEN has definitely become a juggernaut in the Korean music industry. 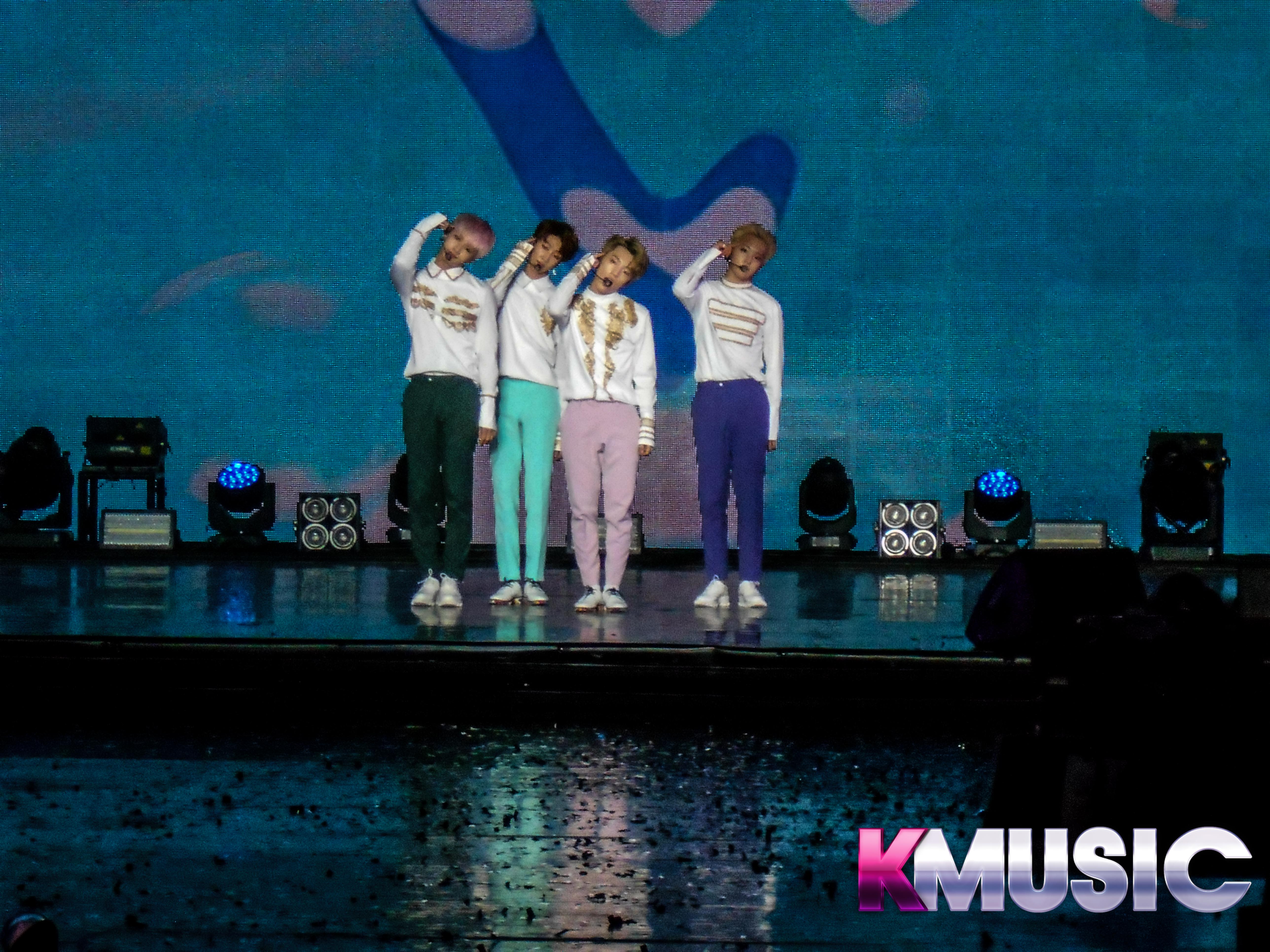 SEVENTEEN is a group of highly talented 13 young men with different charms and strengths. Therefore, it is no surprise that among the group, there are three sub-units. A ‘Hip-Hop Unit’, ‘Vocal Unit’ and ‘Performance Unit’.

The Performance Unit (made up of Jun, Hoshi, The8 and Dino) impressed the CARATS with their complex choreography of ‘Swimming Fool’ from the group’s latest album, Al1. They also performed ‘OMG’ and ‘Highlight’. CARATS were also serenaded by the Vocal Unit (made up of Jeonghan, Joshua, Woozi, DK and Seungkwan) who sang ‘We gonna make it shine’ and ‘Don’t listen’. SEVENTEEN’s Hip-Hop Unit (made up of S.Coups, Wonwoo, Mingyu and Vernon) then got CARATS excited by their perfectly balanced fusion of K-Pop and Hip-Hop. The quartet started their performance by spitting sick flows from ‘Un Haeng Il Chi’ and turned up their swagger with ‘Check In’ and ‘If I’. CARATS were awed by Jun and The8’s duet of ‘My I’ with a visually fascinating contemporary dance choreographed with a ribbon. 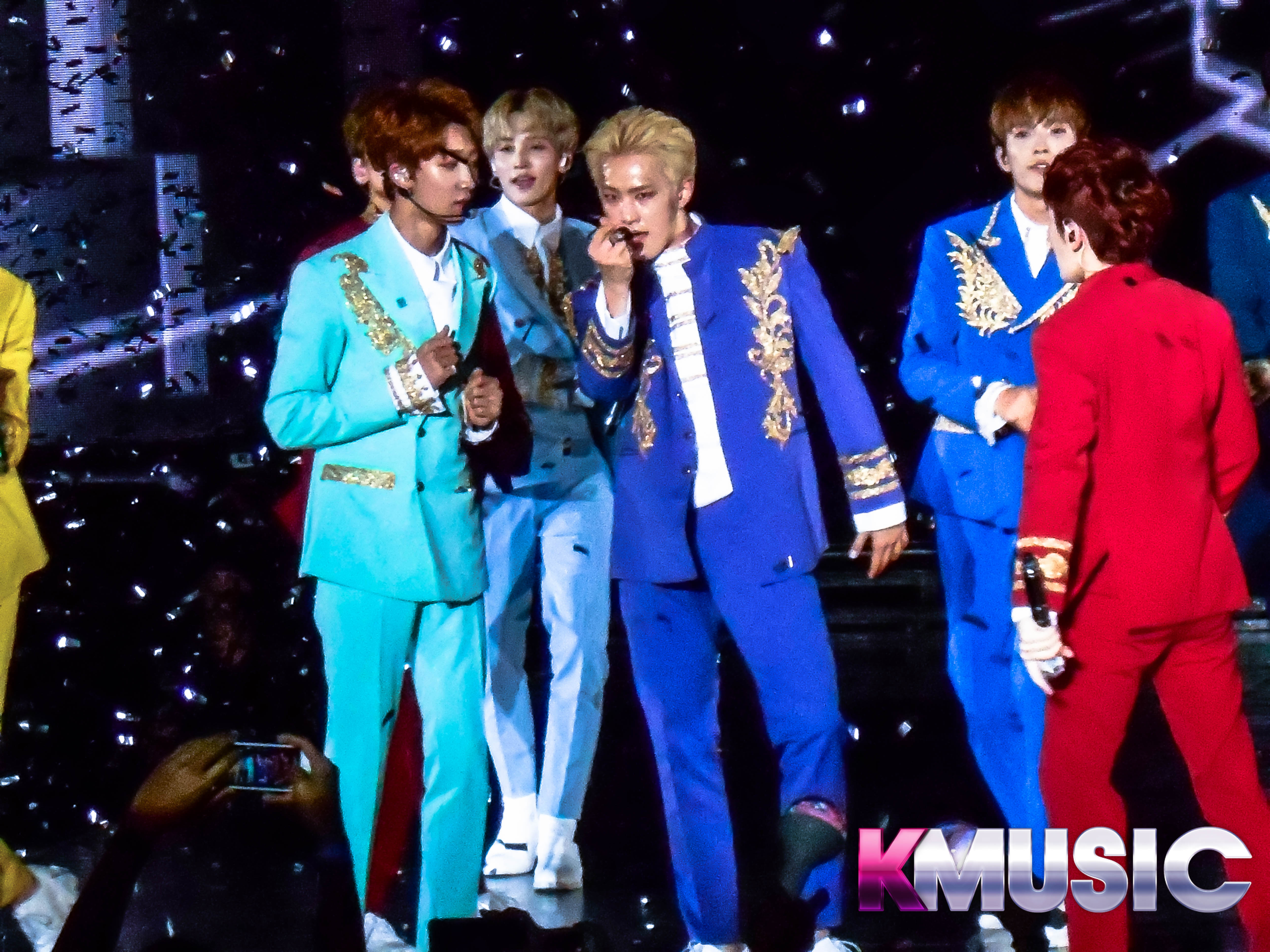 Every CARATS know that SEVENTEEN’s fan service is never disappointing. Mingyu and Vernon treated the fans to a game of ‘Do Not Blink’ and the camera zoomed up close to their faces to ensure that the fans have a good view of them. During SEVENTEEN’s final performance of the song ‘Healing’, Jun carried Joshua up and pretended to throw him to the fans. How fortunate CARATS are to be treated to so much fun and spontaneity in one night.

Throughout the concert, CARATS expressed their genuine love with impressive fanchants and Diamond Edge clap. SEVENTEEN also expressed their sincere affection by putting up a shining display of performances. At the very end of the concert, each member expressed their feelings and message to the CARATS. Hoshi said that he was not sure if the concert was a dream or not as the hall was packed with CARATS. S.Coups, the leader, shared with that he felt like he was a nobody but after the emergence of CARATS, it has given him more confidence and love. SEVENTEEN has proved that they are definitely not just another K-Pop group riding in the Hallyu Wave but the one who will become the new and improved generation of K-Pop world. 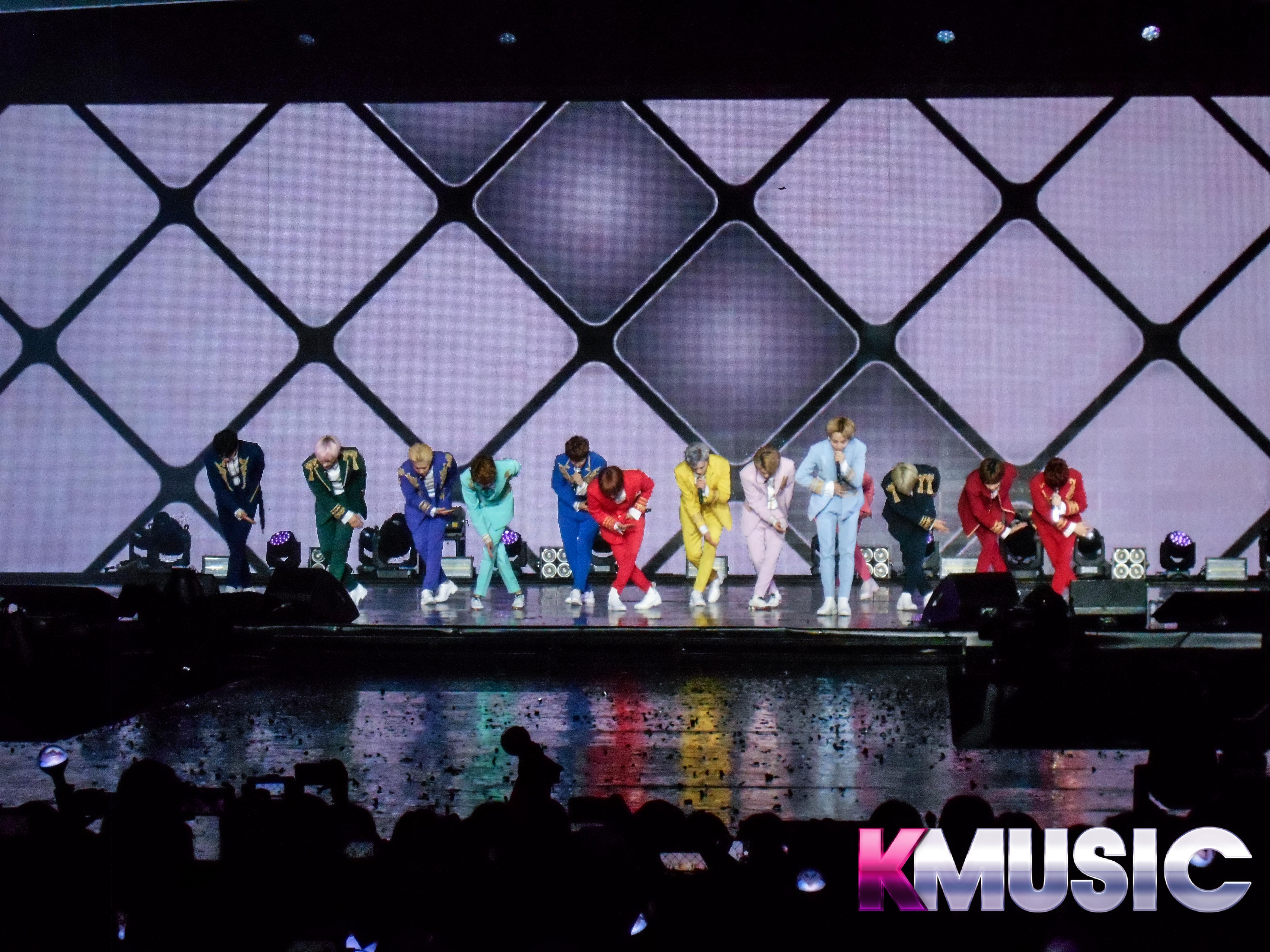 We would like to thank Three Angles Production for the opportunity to cover this amazing event and IME SG for bringing SEVENTEEN DIAMOND EDGE WORLD TOUR 2017 to Singapore.

Scroll for more
Tap
K-EXCLUSIVE: Our KCON 2017 Australia wrap-up AND all the HQ content you could possibly need!
K-EXCLUSIVE: Gugudan brings a beautiful Live event to Singapore!
Scroll