TRAX to undergo a massive transformation!

TRAX to undergo a massive transformation!

TRAX has always been known as SM‘s rock band. However, it looks like they will be undergoing a massive transformation! 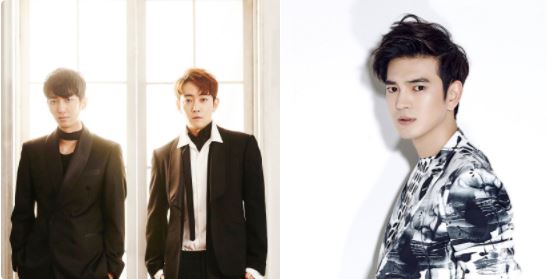 On March 26th, SM Entertainment has announced some news. The statement says “TRAX will be undergoing a name change. It will be changed from TRAX to TraxX. They will also be expanding their musical spectrum and becoming an EDM group. They will take on various genres, as well as collaborations. The current members consist of Jay and Jungmo. They will be adding a new member who is a DJ and a producer. His name is Ginjo.”

The trio is set to release new music in April and is planning on performing at festivals in Korea, as well as abroad. They will also be at SMTOWN Concert held in Dubai on April 6th. On top of that, it appears that their previous track on SM STATION called ‘Notorious‘ was leading up to this new direction. It will be exciting to see what kind of songs they will be producing under TraxX.