The final members of upcoming boy group, TRCNG, has been introduced. They are the last to drop their profiles. So, check it out below! 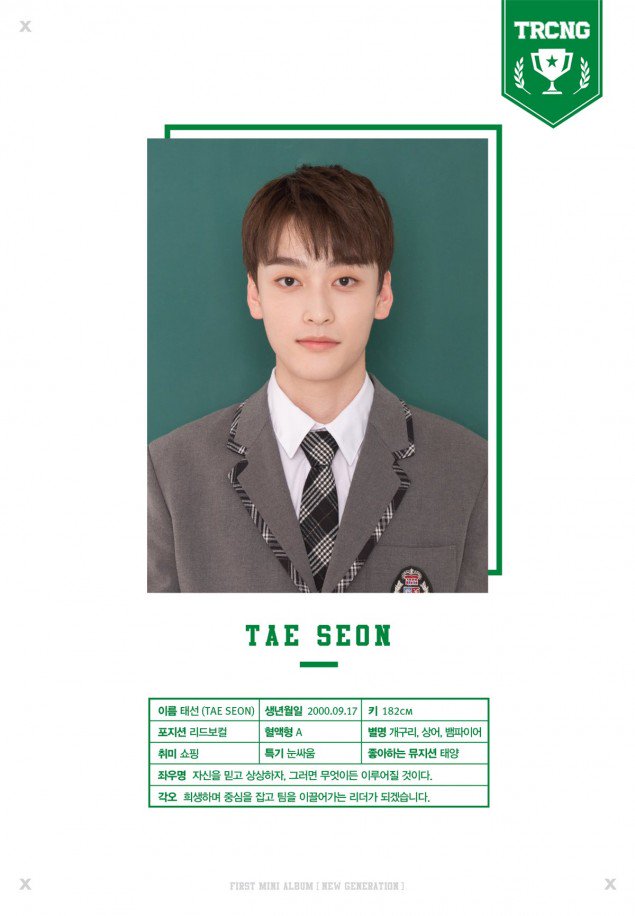 So, we have Tae Seon who is the lead vocalist, as well as the leader of the group. He was born on September 17th 2000 with a height of 182cm. He likes to shop and is able to keep his eyes open for quite a long time without blinking. His favourite musician is Taeyang. His life motto is “Believe in yourself and dream big. You can achieve it all.” 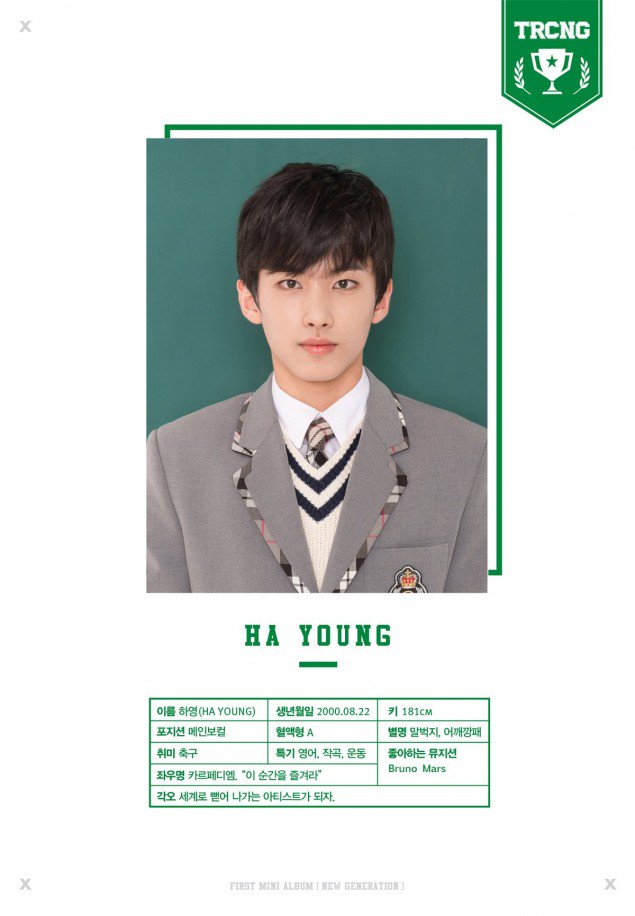 The next member is Ha Young who is also a main vocalist. He was born on August 22nd 200 and is 181cm tall. He love playing soccer and can speak English, compose music and play many sports. His favourite artist is Bruno Mars. His life motto is “Carpe Diem“. 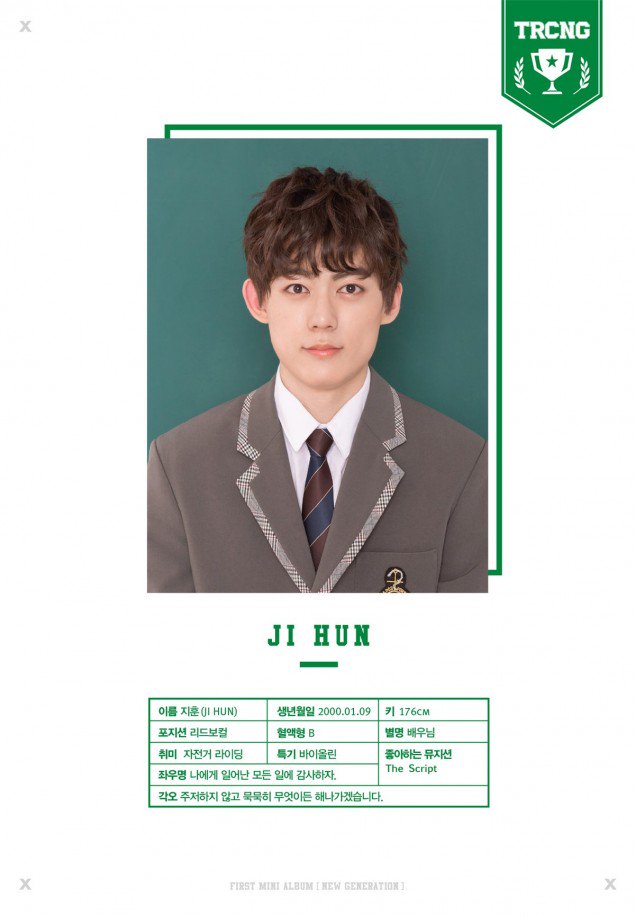 The final member is Ji Hun who is the other lead vocalist. He was born on January 19th 2000. He is 176cm tall. Ji Hun loves to cycle as well as play the violin. His favourite artist is The Script. His life motto is “Be grateful for everything.” 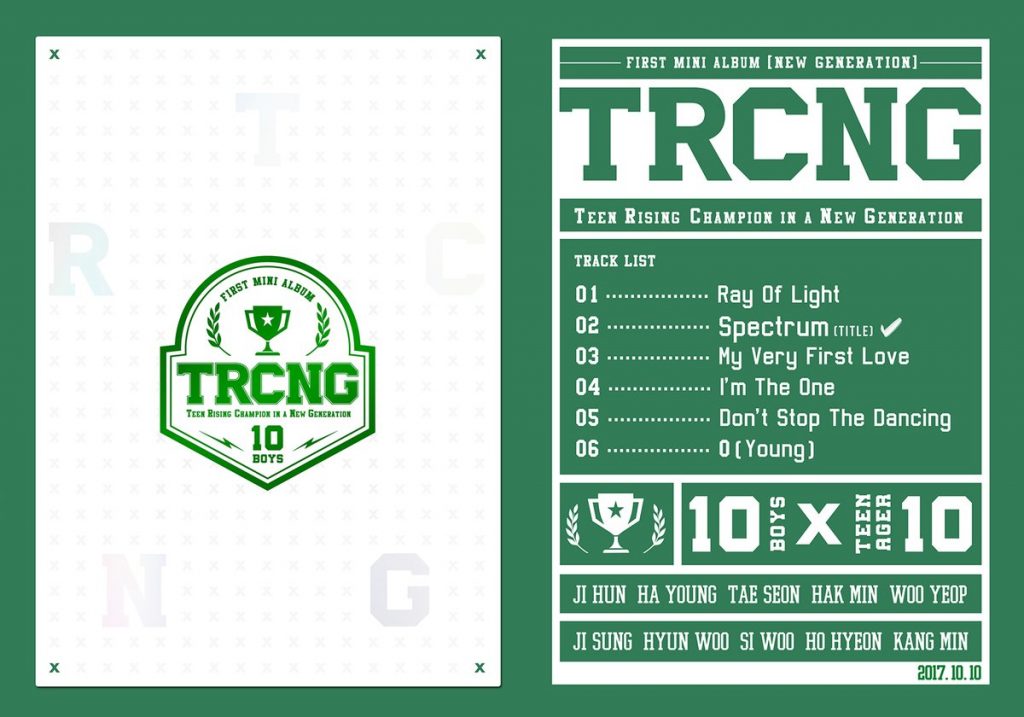 The boys have also dropped the track list as well as the album cover above. There will be a total of six tracks including the title track, ‘Spectrum‘, ‘Ray Of Light‘, ‘My Very First Love‘, ‘I’m The One‘, ‘Don’t Stop The Dancing‘ and ‘0 (Young)‘. It was also revealed that ‘Spectrum‘ will have a trap beat and a hip hop dance vibe. Are you excited?

Every member is seen wearing school uniform and TRCNG will continue to tease for their upcoming debut. They will be dropping their mini album, ‘New Generation‘ on October 10th! Let us know in the comments below!

Scroll for more
Tap
Have a preview into TVXQ’s Changmin’s solo track, ‘In A Different Life’
Highlight begins to tease for their upcoming 8th anniversary with ‘Celebrate’ teasers
Scroll
Loading Comments...