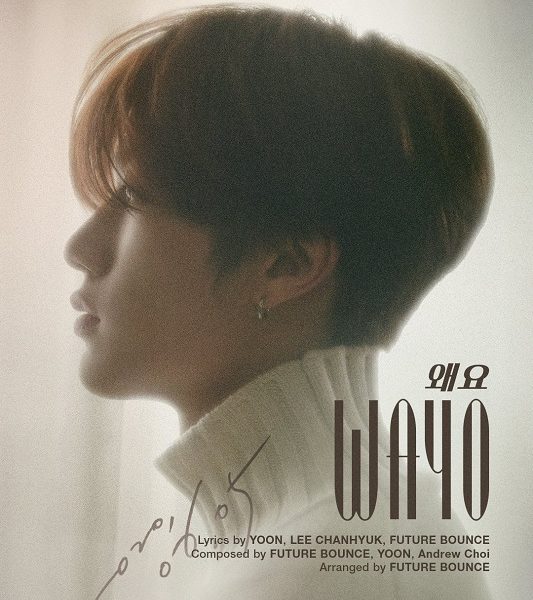 On May 28th, upcoming boy group TREASURE‘s Bang Yedam, released the title poster for his solo digital single, ‘Wayo’. Check it out below!

The single poster shows the TREASURE member looking warm in a white turtleneck, however, expressing solemnness. The softening around the edges of the photo and blurring effect overall, indicates this track could be a ballad, or in general a slower, more emotional track.

Furthermore, there are a fee well-established people being credited in the lyrics, composition, and arrangement for the song. These include WINNER‘s Seungyoon, AKMU‘s Lee Chanhyuk, popular YG Entertainment producer Future Bounce, and Andrew Choi (who is a producer under SM Entertainment and has composed tracks for NCT 127, DAY6, MONSTA X and Pentagon).

Bang Yedam‘s debut under YG Entertainment is long-anticipated as he has been training there for seven years, following his runner-up placing in SBS‘ Kpop Star Season 2. This solo track is a gift to fans who have waited for so long, and will add towards the hype for the group’s debut, expected in July this year.

Bang Yedam‘s digital single, ‘Wayo’, will be released on June 5th, 6PM KST! How do you feel about the title poster and his upcoming single? Let us know in the comments below!