Cube Entertainment‘s new co-ed unit just gave another glimpse into their 1st mini album, ‘199x.’ The group, Triple H, finally revealed the track list for their debut album. It seems that there will be a total of 5 songs including the title song, ‘365 Fresh,’ and an instrumental version of the song.

From past teasers, fans speculate that Hyuna, E’Dawn, and Hui will be pulling off a bold, retro concept. With bright colors and summery outfits, the vibe seems to be fun and energetic. Also, the music video has being shot mainly in Itaewon but will also feature parts of Seoul. 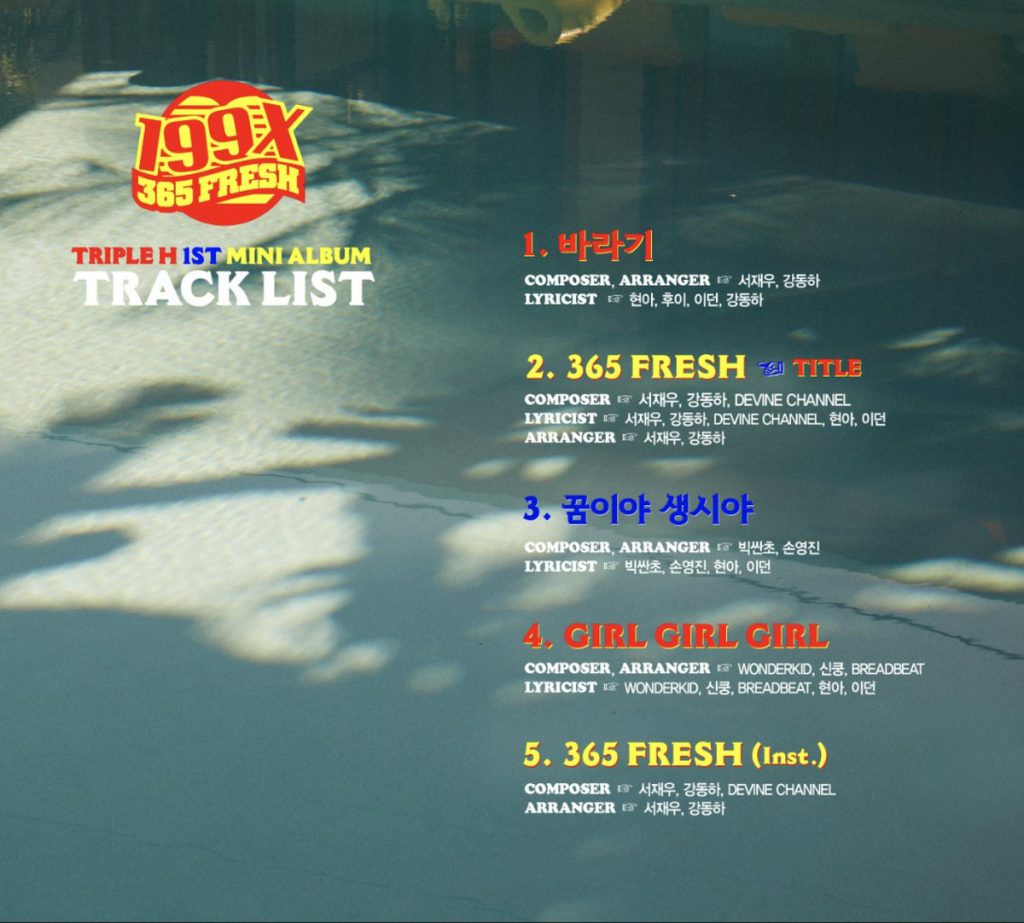 What do you anticipate for this unit? Let us know in the comments below.