TST is making their comeback soon! TST is making their comeback soon!

On January 18th, TST announced that they would be making their comeback soon! They released an announcement teaser. Check it out below! 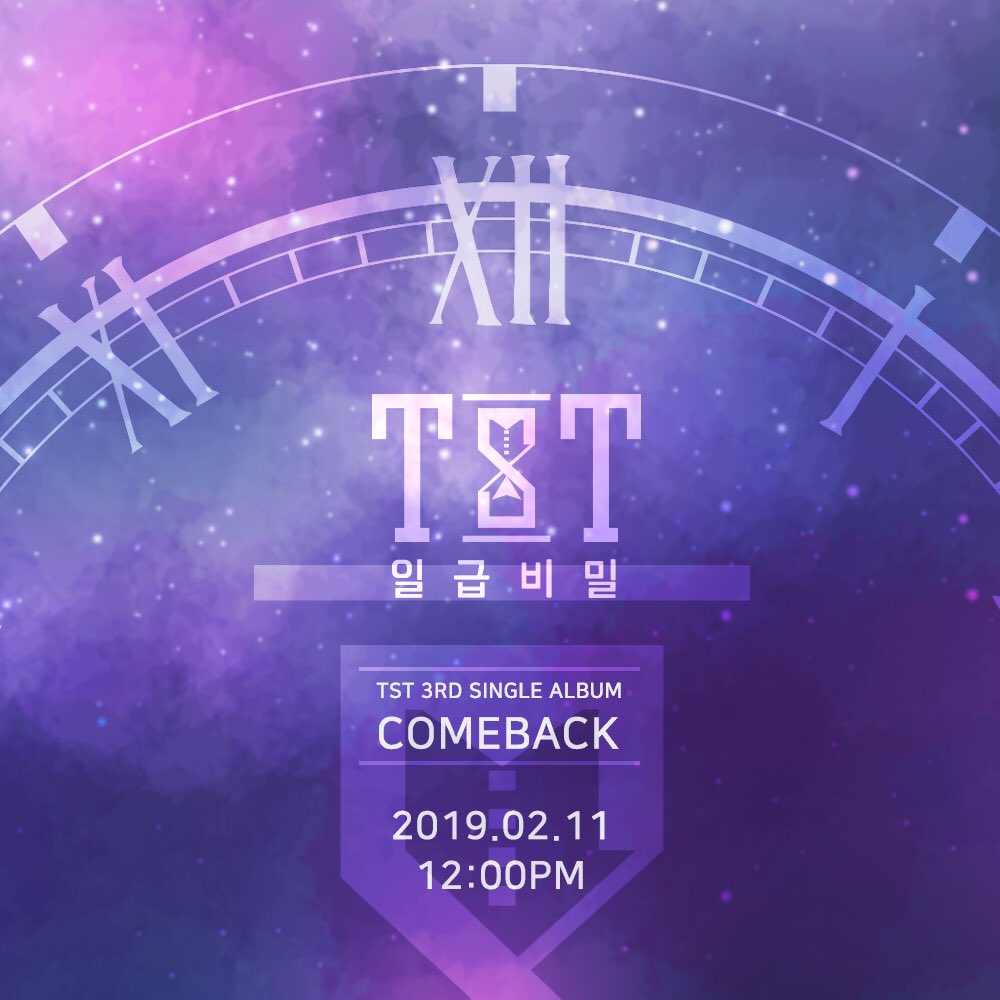 The teaser image is a striking purple colour that seems to glow. It features a galaxy background with a starry sky. Part of a clock is displayed, as well as their group logo at the bottom half. Fans are excited to see what concept their next comeback will be like judging from this teaser image.

TST will make their comeback on February 11th at 12pm KST. They last made their comeback at the end of October last year with ‘Paradise‘. The concept for that comeback was tropical, featuring bright colours and an upbeat song. A galaxy and space concept is likely to occur for this comeback. Stay tuned!

Are you excited for TST‘s upcoming comeback? Let us know in the comments below.