The ‘Kings of K-Pop’ have returned to Malaysia after a very long 6 years!

The TVXQ! legacy lives on as the boys continue their record breaking streak, filling out arenas and stadiums across the globe with their new world tour TVXQ! LIVE WORLD TOUR “CATCH ME”.

Now the duo from TVXQ have brought the tour to Malaysia in ‘TVXQ! Live World Tour “Catch Me” In Kuala Lumpur’, which was held on May 18th at Malawati Stadium in Malaysia. Yunho and Changmin had promised an amazing show to Malaysian fans, at a brief press conference, before the show began at 6pm.

The show started with a spectacular entry by Yunho and Changmin, flying onto the stage, with amazing  background lights, laser effects and fireworks as they started performing ‘Rising Sun’. The opening performance was followed by ‘Getaway’ and ‘Hey’. Following a short video, they duo were back on stage performing one of their classic hits, ”O’ Jung Ban Hap’. 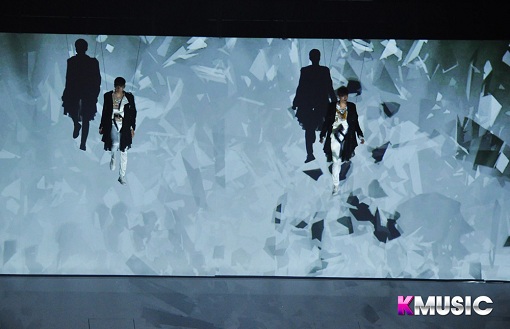 The duo then greeted the audience with “Apa Khabar, We are TVXQ!” and even introduced themselves in Malay, “Nama saya Yunho” and “Nama saya changmin,”  already capturing the hearts of all the fans in the audience! 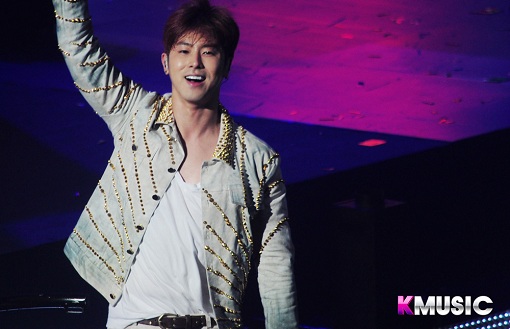 They continued their performance with a mixed line up of songs including ‘Like A Soup’, ‘How are you’, ‘Journey‘, Changmin’s solo ‘Confession‘, Yunho’s solo  ‘Honey Funny Bunny’.  The fans cheered and sang along excitedly, waving their red light sticks and creating another red ocean as the duo continued with ”Wrong Number’ and the Korean version of ‘I don’t Know‘. 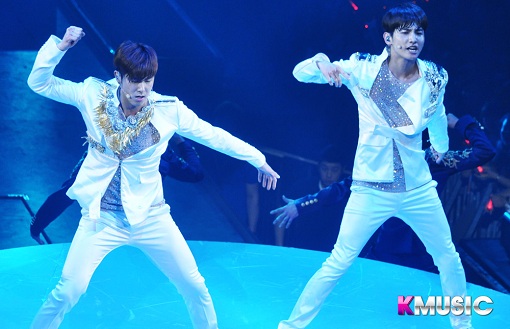 TVXQ’s powerful dance moves were seen during the show, fans being extremely happy to see their strong stage prescence as they danced to ‘Humanoids’ and ‘Purple Line’. They continued with ‘Before U Go’ and ‘Destiny’, with the duo and fans shouting ‘WE ARE T!’ in unison -showing the close spirit between the duo and the fans. The boys didn’t forget to include some of their older songs as well, sitting on planes to sing ‘Memories‘, ‘I Never Let Go‘, ‘Always There’ and ‘As Always’. 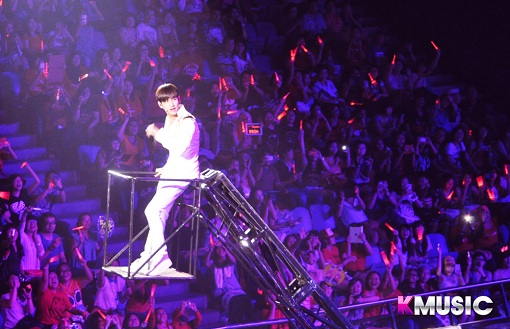 TVXQ performed spectacularly and in sync with their back up dancers, especially when they performed ‘Catch Me’. The duo continued to amaze the audience, performing more songs inluding ‘Here I Stand’, ‘Dream’ and the Korean version of ‘B.U.T‘ and ‘Why? Keep Your Head Down’. 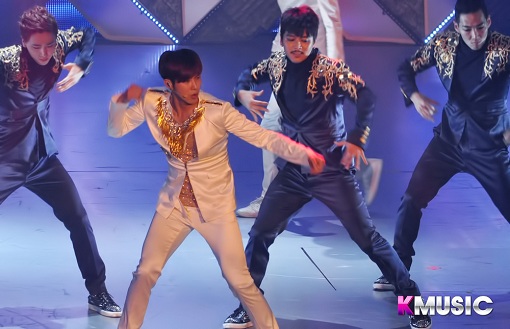 The duo then performed  ‘Unforgettable’ and fans were seen holding banners promising ‘we will always be here‘ as the last song came to an end.

However, a concert is nothing without encore performances! The fans cheered for more songs to which TVXQ gladly obliged. The performed one of their biggest hits, ‘Mirotic‘, and the fans’ uproar and cheers could be heard miles away! The duo continued with Hi Ya Ya (Summer Days),’ Sky’, ‘Summer Dream’, and ‘I’ll Be There‘ to finally end the long awaited show in Malaysia. 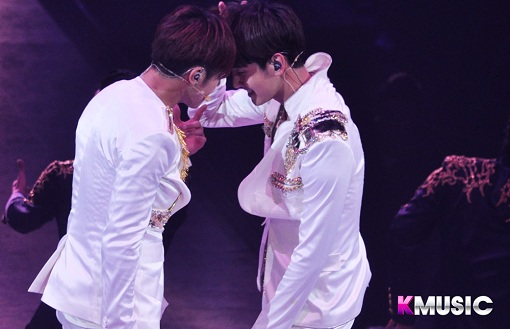 As the end of the concert finally approached, Yunho said that everyone did really well and he felt like ‘we are really one’. Changmin apologized to Malaysian Cassiopeias for making them for 6 years, emphasising how thankful to the fan’s undying loyalty.  Before they left the stage, the duo shouted “Aku Cinta Padamu, Saya Cinta Padamu” , saying ‘I love you’ for all their fans to hear! 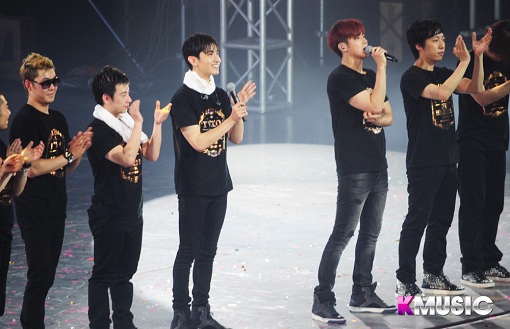 A special thanks goes out to the organizers of the event, JPM Music, who heard Malaysian Cassiopeias’ cries for a chance to see the K-Pop legend’s return by delighting fans with a sensational TVXQ experience!

Credit to MyKpopHuntress for the media coverage on behalf of Officially Kmusic!