TWICE Begins Their ‘Signal’ With Image Teasers And Tracklist

TWICE Begins Their ‘Signal’ With Image Teasers And Tracklist

TWICE begins their ‘Signal‘ with many image teasers and a tracklist. So far, they have revealed the image teasers for member Dahyun, Nayeon, Sana, Jungyeon, Jihyo and Chaeyoung. Check out the cute images below! 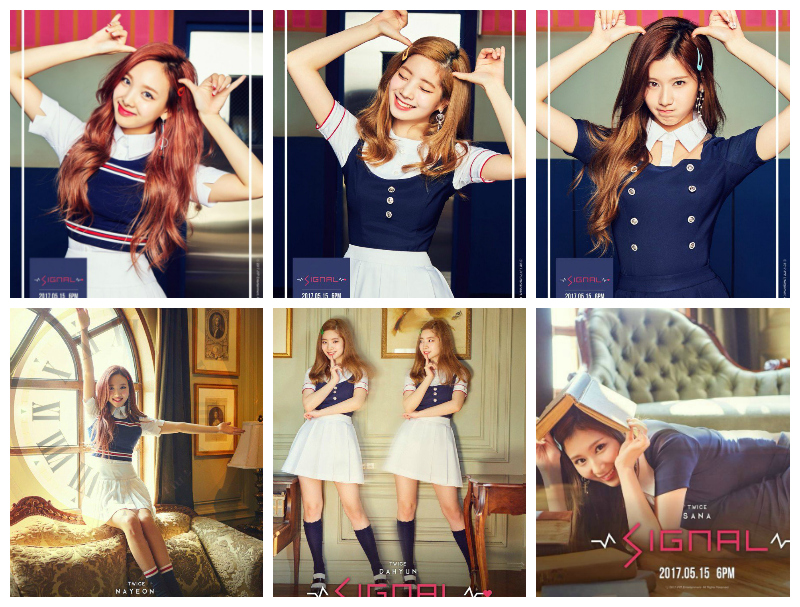 First up are Nayeon, Dahyun and Sana. Each member has two image teasers. The first image teaser shows each member doing a ‘Signal’ sign. The way they do the pose represents an alien’s antenna or ears. It looks like TWICE has come up with another hit pose! Each member is also posing with different face expressions, one that is all happy and the other is playful frown!

The outfits the girls are wearing is the same as the one they wore in the group photo. In their other image teaser, the girls are posing in different positions. It seems this is an indication that the girls have some kind of super power! Nayeon is doing a clock sign, signalling time, Dahyun is seen with her replicated self and Sana is almost blending in with the background! This is definitely a concept that has fans super excited!

The next image features Jungyeon, Jihyo and Chaeyoung’s image. So far they only have revealed their ‘Signal’ pose. Each member looks great with the alien ears! On top of that, some are seen pouting while others seen happy! The outfits they are wearing looks so cute on them! 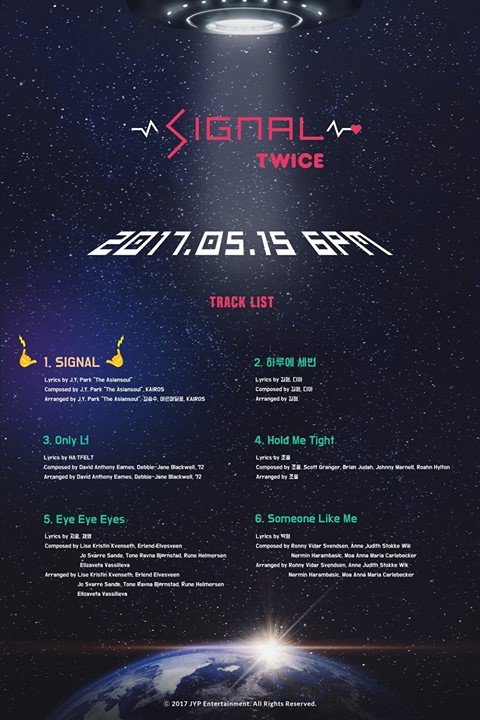 In the track list, this fourth mini album, ‘Signal’ will consists of six tracks! This includes the title track, ‘Signal’, ‘Only You‘, ‘Eyes Eyes Eyes‘, ‘Three Times A Day‘, ‘Hold Me Tight‘ and ‘Someone Like Me‘. This time around, J.Y Park has helped with producing, arranging and the lyrics of ‘Signal’. Also, former Wonder Girls‘ Member Yeeun, now known as HA:TFELT, has written the lyrics for ‘Only You’. On top of that, ‘Eyes Eyes Eyes’ has been written by member Jihyo and Chaeyoung.