TWICE Is Looking Stylish For Their ‘Signal’ Teasers!

TWICE Is Looking Stylish For Their ‘Signal’ Teasers!

TWICE continues to tease fans by dropping more cuter pink image teasers, a few ‘Signal‘ teasers and a ‘Signal’ spoiler! So, check them out below! 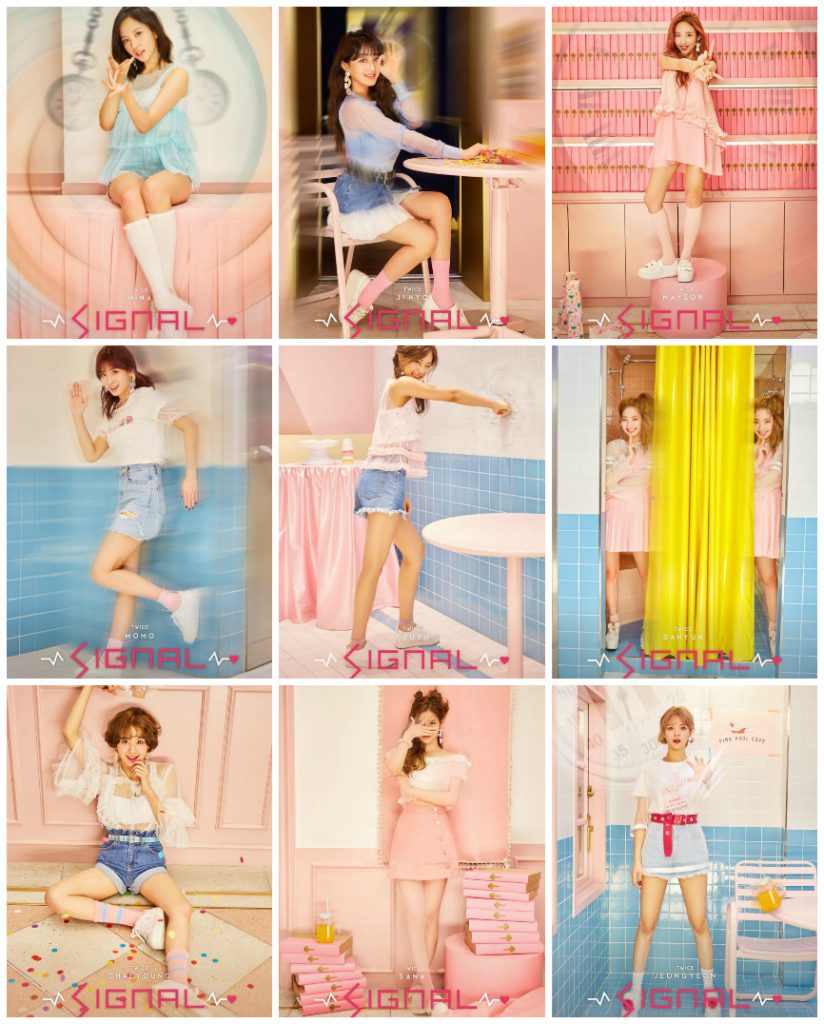 Having dropped their first individual teasers where the girls are seen dressed in their school uniform while posing the ‘Signal’ sign and showing off their powers, the girls have dropped another set of image teasers. This time, the girls are showing off their super power in a cutesy way. They are all dressed up in either pink or blue colour, softening the super power they have. The girls still possess the same power they have, yet expressing it in a much cuter manner!

In their third teaser for ‘Signal’, the girls are seen peeking through the bush in the forest. It is quite odd that they are there in the first place but once they emerge from that area, they are seen dressed up in futuristic outfits. They are all looking towards the sky, where some are quite surprised. Then, they are hit with a flash of light, causing them to feel dizzy and faint! This concept so far is so cool and fans can’t wait for the reveal of their music video!

In the ‘Signal’ spoiler, it gives fans a sneak peak into what the track will sound like. So far, it seems this track will be quite upbeat which will show off the girl’s cheerful and happy side. Also, it contains an unusual sound, bringing in the unique, mysterious concept! It is also revealed that this will be a dance track where the dance will be hard than their previous track, ‘Touchdown‘.

Scroll for more
Tap
VIXX Looks Ready For Their Comeback With ‘Eden’ Teasers!
NCT’s Taeyong And Hitchhiker Will Be Collaborating For The Next ‘SM STATION’ Track!
Scroll
Loading Comments...