TWICE have released the album packaging details and partial track list for their upcoming special album ‘The Year of Yes‘! Check it out below!

There will be two versions of the album. Each version will come with a 100-page photobook, three special photocards, a QR photocard and a sticker. Pre-orders also come with a photocard set and a poster. 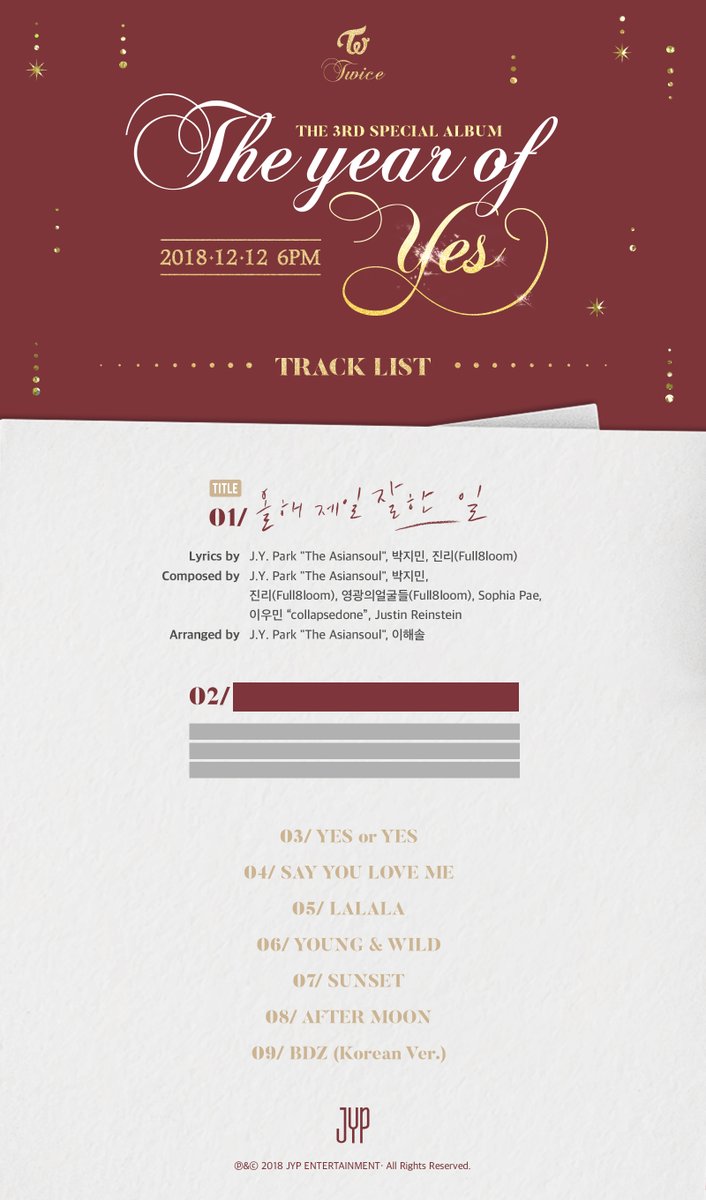 The tracklist for ‘The Year of Yes‘ contains two new songs and all of the tracks from TWICE‘s previous album ‘Yes or Yes‘. Only one of the new songs is shown which is the album’s title track ‘The Best Thing I Ever Did‘.

What do you think about the teasers for ‘The Year of Yes‘? Let us know in the comments below!